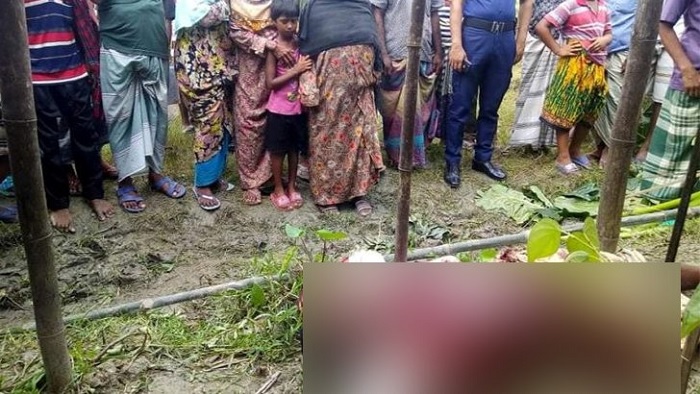 A man was reportedly stabbed to death by his son at Badaghat Bazar in Tahirpur upazila of Sunamganj on Saturday night.

The deceased was identified as Islam Uddin, 52, son of late Falu Mia, hailing from Kamarabanda village at Badaghat Uttar union of the upazila.
The killer Nazmul Hossain, 20, remained absconding since the incident.

According to eyewitness, Islam Uddin went in front of Nazmul Hossain’s shop at Kalapatti in Badaghat Bazar of the upazila around 10:30 pm and locked into a quarrel about family matters. At one point in the argument, Nazmul got angry and stabbed on the head of his father with a local weapon, leaving Islam dead on the spot.