The virus won’t stop evolving when the vaccine arrives 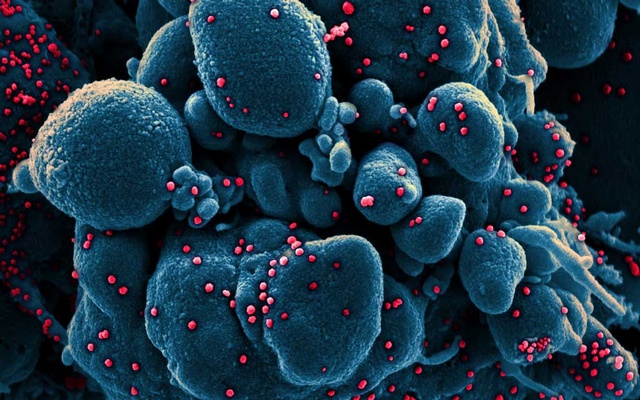 In a 1988 essay on pandemics, Joshua Lederberg, Nobel laureate and president of The Rockefeller University, reminded the medical community that when it comes to infectious disease, the laws of Darwin are as important as the vaccines of Pasteur.

As medicine battles bacteria and viruses, those organisms continue to undergo mutations and evolve new characteristics.

Lederberg advised vigilance: “We have no guarantee that the natural evolutionary competition of viruses with the human species will always find ourselves the winner.”

With the emergence of what seem so far to be safe and effective vaccine candidates, it appears that humanity may be the winner again this time around, albeit with a dreadful loss of life.

But vaccines will not put an end to the evolution of this coronavirus, as David A. Kennedy and Andrew F. Read of Penn State, specialists in viral resistance to vaccines, wrote in PLoS Biology recently. Instead, they could even drive new evolutionary change.

There is always the chance, though small, the authors write, that the virus could evolve resistance to a vaccine, what researchers call “viral escape.” They urge monitoring of vaccine effects and viral response, just in case.

“Nothing that we’re saying is suggesting that we slow down development of vaccines,” Kennedy said. An effective vaccine is of utmost importance, he said, “But let’s make sure that it stays efficacious.”

Vaccine-makers could use the results of nasal swabs taken from volunteers during trials to look for any genetic changes in the virus. Test results need not stop or slow down vaccine rollout, but if recipients of the vaccine had changes in the virus that those who received the placebo did not, that would indicate “the potential for resistance to evolve,” something researchers ought to keep monitoring.

There are some reasons to be optimistic that the coronavirus will not become resistant to vaccines. Several years ago, Kennedy and Read presented an analysis of the difference between resistance to drugs and vaccines. Neither bacteria nor viruses evolve resistance to vaccines as easily as they do to drugs, they wrote. Smallpox vaccine never lost its effectiveness, nor did the vaccines for measles or polio, despite years of use.

Antibiotics, on the other hand, can quickly become useless as bacteria and other pathogens like viruses and fungi evolve defences. And resistance builds to other drugs as well.

The reasons have to do with the very basic principles of evolution and immunity. The two key differences are that vaccines generally act earlier than drugs, and that the natural immune response they promote is usually more varied, with more lines of attack. A drug may be narrowly targeted, sometimes attacking one metabolic pathway or biochemical process.

With most drugs, the virus or bacteria has already been reproducing in the patient’s body and if one variant is better at surviving the drug’s attack, it will continue to grow and perhaps be transmitted to another person. A combination of drugs, as with HIV treatment, can be more effective because it unleashes a multipronged attack.

Vaccines, on the other hand, act early, before the virus begins to proliferate and perhaps change within a patient’s body. So there are no new variants, like those forged in the heat of a drug attack to grow and spread from the infected person.

Some vaccines, however, do drive viruses to evolve resistance, Kennedy and Read noted in their 2015 article. A vaccine stopped Marek’s disease, an illness in chickens that is important commercially. But the virus could still infect the chickens. It replicated and spread without causing disease and quickly became resistant.

In humans, a type of bacteria that causes pneumonia bacteria evolved resistance to a vaccine when the bacteria recombined in nature with existing strains that were naturally resistant. A vaccine for hepatitis B created antibodies targeting only one small part of one protein — a loop made by nine amino acids, which is tiny in protein terms. It did not create a broad attack. A pertussis vaccine also appeared to drive resistance. It worked to fend off the disease, but targeted only a few proteins and was not effective at stopping infection and transmission of the virus.

Many other vaccine candidates, like the ones from Pfizer and Moderna, now nearing review by the Food and Drug Administration for first use as early as December, are meant to get the immune system to react to only a portion of the coronavirus, the so-called spike protein, which would seem to offer fewer targets.

But Kennedy said that was not necessarily a problem.

“A vaccine based on just the spike protein has the potential to generate a broad immune response,” he said, “because there are multiple sites on the spike protein where potent neutralizing antibodies can bind.”

Although these are the first vaccines that use RNA particles to instruct the cells to make a viral protein, other vaccines use parts of the virus, rather than the whole. So far, Kennedy said, there was no evidence to show one type of vaccine would be more likely to drive resistance.

“We have seen vaccine resistance evolve against many different kinds of vaccines,” he said, “but there are also plenty of examples for each of these where resistance has never emerged.”

Resistance can also evolve in ways that aren’t driven by how a vaccine acts. There may already be variants of the coronavirus that are less susceptible to the actions of vaccines. This concern prompted Denmark to announce that it would cull all of its mink because a variant of the virus had appeared in mink which showed in very preliminary lab tests that some antibodies were less effective against it.

The worry has lessened since the Danes announced the problem, with scientists and the World Health Organization saying they saw no evidence yet that the variant would interfere with any vaccines in development.

But Denmark, after the resignation of a minister, who announced the cull too soon, and a legislative debate that appears to be leading to approval of the cull, still plans to kill all the mink in the country.

And scientists say that caution in this kind of situation makes sense. As a virus jumps from people to animals and back again, as it has with mink, there are more opportunities for changes in the virus RNA, changes that could lead to resistance.

Researchers at the University of Pittsburgh have discovered a kind of mutation that hadn’t been seen in coronaviruses before and raises fresh concerns about the evolution of vaccine resistance.

In their search for mutations, researchers have mostly focused on flips of one genetic letter to another — a kind of mutation known as a substitution. But Paul Duprex and his colleagues discovered that the viruses mutating in a chronically infected patient were changing differently: They were losing sets of genetic letters.

Typically, a mutation that deletes a genetic letter is catastrophic to a virus. Our cells read genetic letters three at a time to choose a new building block to add to a growing protein. A deletion of one genetic letter can entirely scramble the instructions for a viral protein, so that it cannot form a functional shape.

But Duprex and his colleagues found that the coronaviruses in the patient could lose genetic letters and yet stay viable. The secret: The viruses lost genetic letters in sets of three. Instead of destroying the genetic recipe for a viral protein, the mutations snipped out one or more amino acids.

As much as Duprex despises the pandemic, he finds it hard not to admire the elegance of these mutations.

Having found these deletion mutations in viruses from one person, Duprex and his colleagues wondered how common they were.

Searching public databases of coronavirus genomes, they discovered that deletions were surprisingly widespread.

All the deletions, it turns out, only arise in one region, the spike protein. Duprex and his colleagues found that deletions in the spike gene didn’t prevent the coronavirus from infecting cells.

Duprex and his colleagues posted their study online Nov. 19. It has not yet been published in a peer-reviewed journal. The researchers are now infecting animals with deletion-mutant viruses to better understand the risk they may pose to vaccines.

“Well, this paper does nothing to reduce the anxiety!” Read said in an email. “This is early data strongly suggesting the virus has the potential to escape human immunity.”

But Read and Kennedy argue that viral evolution will not necessarily doom vaccines. Vaccine-makers just need to stay aware of it and devise new vaccines if necessary.

And there are numerous varieties of vaccines in development. The first two approaching approval in the United States both use a significant chunk of viral RNA to train the immune system. Other vaccines that are in development use the whole virus. And different vaccines deliver the virus or part of it in different ways, all of which could prompt a different immune response.