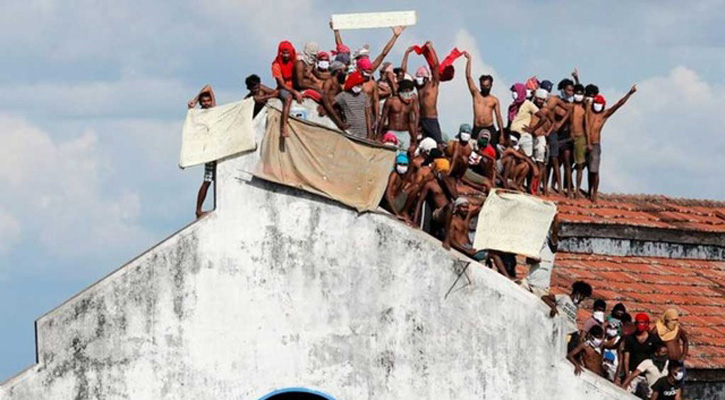 The death toll rose to eight on Monday in an attempted prison break from a maximum-security prison in Mahara, on the outskirts of Sri Lanka’s capital Colombo, while 45 were injured, police said.

Police Spokesperson DIG Ajith Rohana told Xinhua that all those who have died were inmates, while the injured included prison guards, with some of them in critical condition.

Rohana said severe unrest broke out within the prison premises on Sunday afternoon when a large group of prisoners broke their cells and attempted to run towards the main gate of the prison in an attempt to escape.

Prison guards immediately opened fire to bring the situation under control, during which an inmate was killed and several others seriously wounded.

The police spokesman said the inmates were protesting against a spread of the COVID-19 virus within the prison and therefore wanted to be released.

Rohana said security has been tightened in and outside the prison premises and the police special task force has been deployed.

On Sunday evening, prisoners set fire within the prison premises, and the fire was completely doused by early Monday, he said.

Till Monday morning, police officers were still attempting to bring the situation under control.

The Mahara prison is one among five prisons in the country which has reported COVID-19 outbreaks among inmates and prison guards, local media reported.

According to official figures, over 1,000 inmates from five prisons across the country have tested positive for the COVID-19 in recent weeks.

However, he said the presidential pardon will not apply to those who have been incarcerated for committing serious offenses.

All prisons have been instructed to send the lists of prisoners to be considered for the presidential pardon to the prison headquarters as soon as possible.