The investigation officer of the case received the report on Sunday 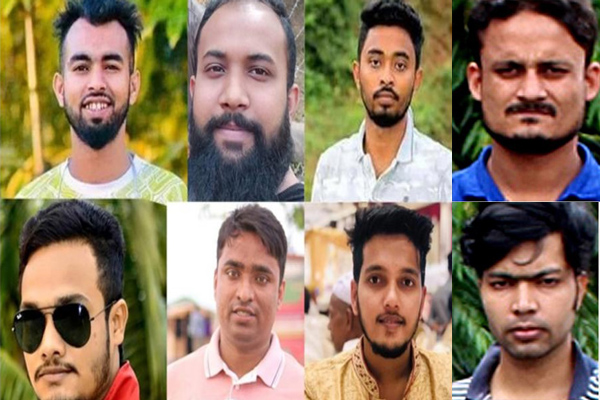 After two months of incident, DNA report has found evidence of the involvement of four people in the rape of a woman at Sylhet’s MC College.

The investigation officer of the case received the report on Sunday.

Other accused people have assisted them in the rape incident.

Police were awaiting for DNA test report after finalising the chargesheet in the case. About two months later, police received the DNA report. Now they are preparing to file a chargesheet.

Sylhet Metropolitan Police spokesperson Additional Deputy Commissioner BM Ashraf Ullah confirmed about the handing over of the DNA test report to the police.

On 25 September, a couple from South Surma in Sylhet went to visit MC College in the evening. Five to six leaders and activists of Chhatra League grabbed them, brought them to the dormitory, and beat them up both. Later, they tied up her husband and raped the woman in front of him.

The next day, the victim’s husband filed a case against nine people at the city’s Shahparan police station, naming six people.

All of the accused were arrested and they gave their confessional statement under section 164 of the Code of Criminal Procedure after they were taken to remand.

The rape incident sparked anti-rape movement across the country.

The government also amended the anti-rape law with the provision of death penalty amid protest.