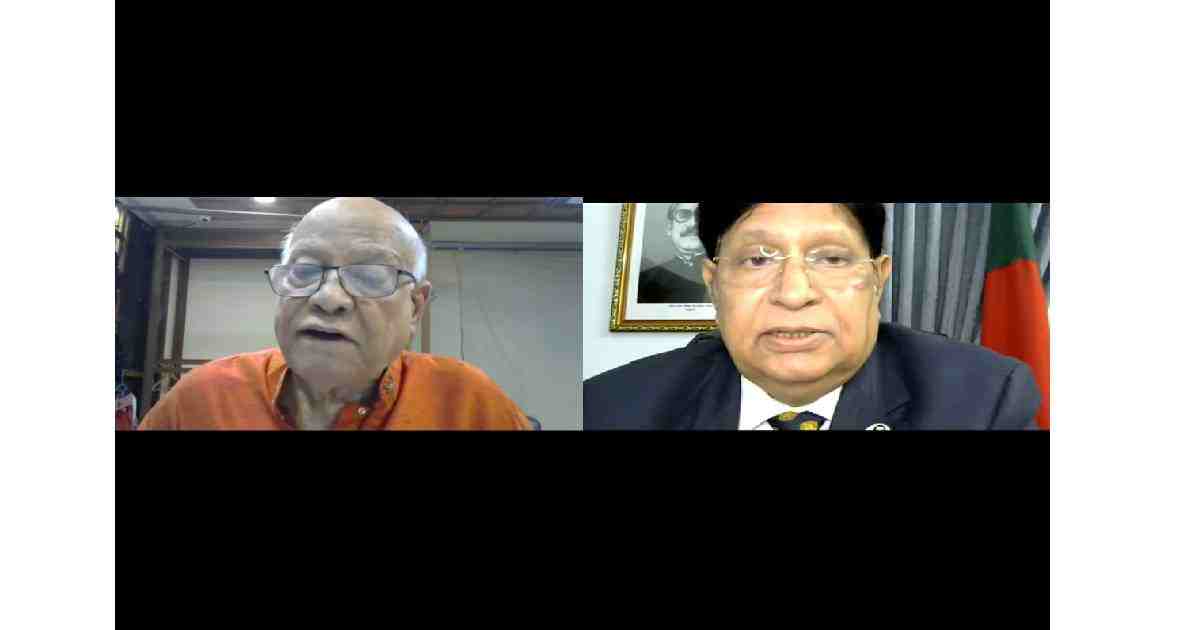 The Ministry of Foreign Affairs started its “Bangabandhu Lecture Series” on Tuesday morning, marking the birth centenary of Father of the Nation Bangabandhu Sheikh Mujibur Rahman.

Former Finance Minister and freedom fighter AMA Muhith is delivering the keynote at the inaugural lecture on the first day of the month of Victory focusing on life and legacy of Bangabandhu.

The event is being held at the newly-built Foreign Service Academy at State guesthouse Sugandha.

Foreign Minister Dr AK Abdul Momen connected with it virtually from his residence and said, “Today, we have started a historic event in the month of Victory.”

After the Independence of Bangladesh, Sugandha became Gonobhaban housing the first Prime Minister Father of the Nation Bangabandhu Sheikh Mujibur Rahman from 1972 to 1974.

The Foreign Minister said Bangladesh is today a vibrant economy and a land of opportunity.

He said Bangladesh would like to tell its stories across the world.

The Foreign Minister said peace is essential for development and said what is happening in Myanmar must stop.

Diplomats from home and abroad, intellectuals, senior officials from public and private sectors are also connected with the event both in person and virtually.

There will be questions and answers session after the delivery of keynote speech.

The Lecture Series will continue till Mujib Borsho and 50 years celebrations of Independence, said the Ministry of Foreign Affairs.

Prof Rehman Sobhan is expected to join too at that time.

At least one lecture will be delivered each month.

The Lecture Series will be held at Bangladesh Missions abroad too.