Ambassador Teerink sheds light on role of other countries in region 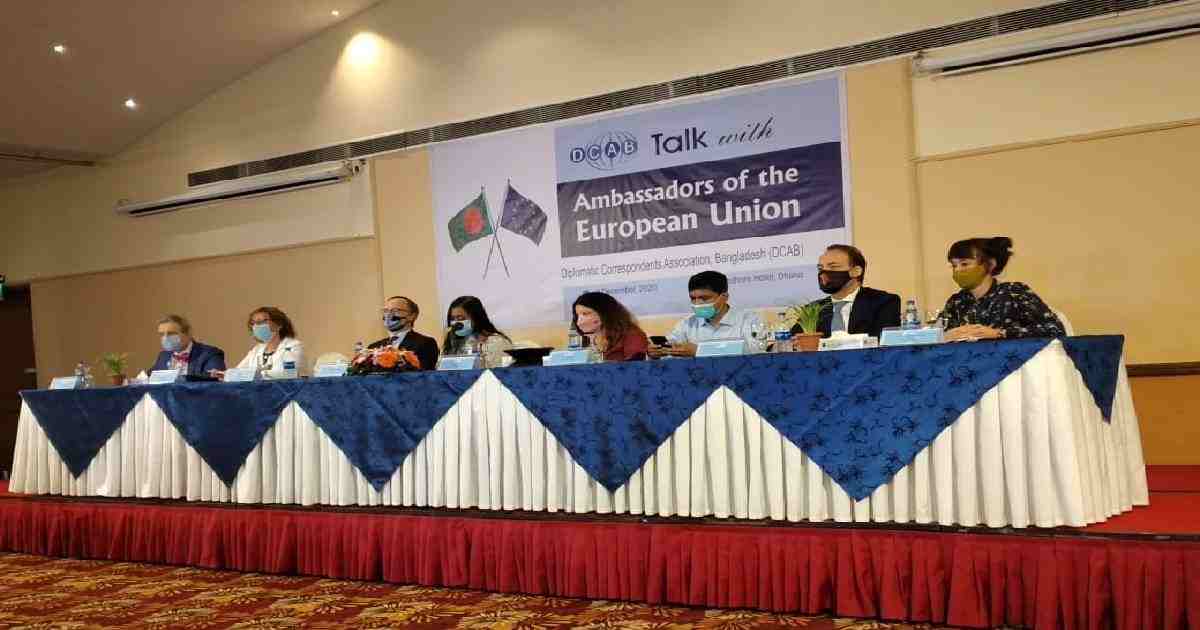 European Union (EU) Ambassador to Bangladesh Rensje Teerink on Wednesday said the whole international community should stand together to find a solution to the Rohingya crisis with focus on their voluntary and sustainable repatriation to Myanmar.

“It’s crystal clear that they want to go back home (Myanmar). They don’t want to stay at camps. We should stand behind it,” she said adding that repatriation would be the best solution.

The EU Ambassador said it is not a matter of pointing finger at the EU that it is not doing enough but look at other countries.

“Of course, it’s not easy geopolitically. Look in the region and look at other countries (what’s their position). Look at India and China, indeed many of the countries in Asean,” said the Ambassador sharing the necessity of working together. 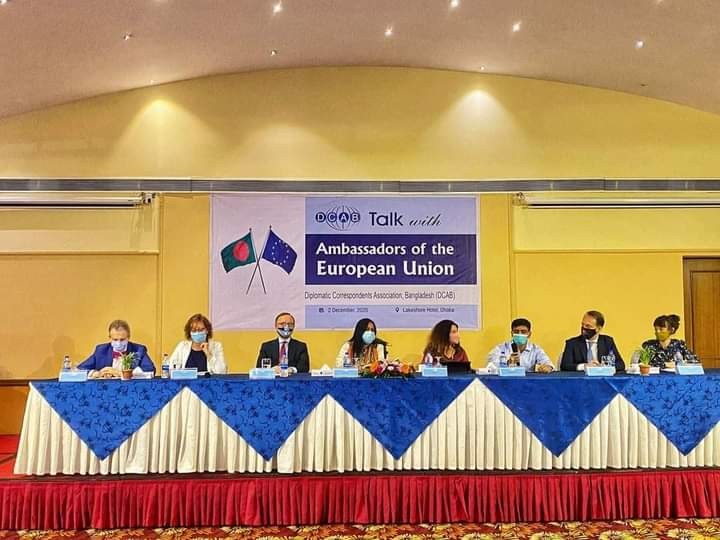 Ambassador Teerink said more should be done and there is no doubt about it.

The EU envoy was interacting with members of Diplomatic Correspondents Association, Bangladesh (DCAB) at a city hotel.

Ambassadors of Spain, Italy, the Netherlands, Sweden and Denmark also spoke at the DCAB Talk.

She did not want to make any comment on Bhasan Char relocation before the visits by UN technical and humanitarian protection teams to Bhasan Char.

Ambassador Teerink said they are still waiting to see whether they can address the Rohingya issue in a better way as Myanmar has just seen its national elections.

She said the EU is working with all the instruments as it advocates Rohingya repatriation.

Responding to a question on third country resettlement for sharing burden, she said they do not have a position on this at this moment as repatriation is on focus.

The Ambassador, however, said the third country resettlement could be something for some families who have family ties. “It’s not something on agenda at the moment.”

She said so far their approach is to help Bangladesh to deal with Rohingyas and giving hospitality to this enormous group.

Ambassador Teerink said Bangladesh has done it in an exemplary way and the entire international community should be incredibly grateful. “We are committed to continue supporting Bangladesh.”

Bangladesh is now hosting over 1.1 million Rohingyas in Cox’s Bazar camps and has a plan to relocate 100,000 Rohingyas to Bhasan Char starting from this month.

Repatriation was failed twice in November 2018 and August 2019 amid Rohingyas’ lack of trust on the Myanmar government.

Bangladesh is one of the biggest beneficiaries of trade scheme- Everything but Arms (EBA) and wants the EU to continue providing the current zero duty benefit even after its graduation to a developing country.

The EU Ambassador said if Bangladesh is graduating by 2024, there will be a grace period of three years.

She said so if there is any change, it will happen only in 2027 and preconditions need to be fulfilled to apply for GSP Plus benefit.

Bangladesh has been enjoying zero duty benefits on export since 1973 under the EU’s generous Everything but Arms (EBA) scheme, meant for the least developed countries (LDCs).