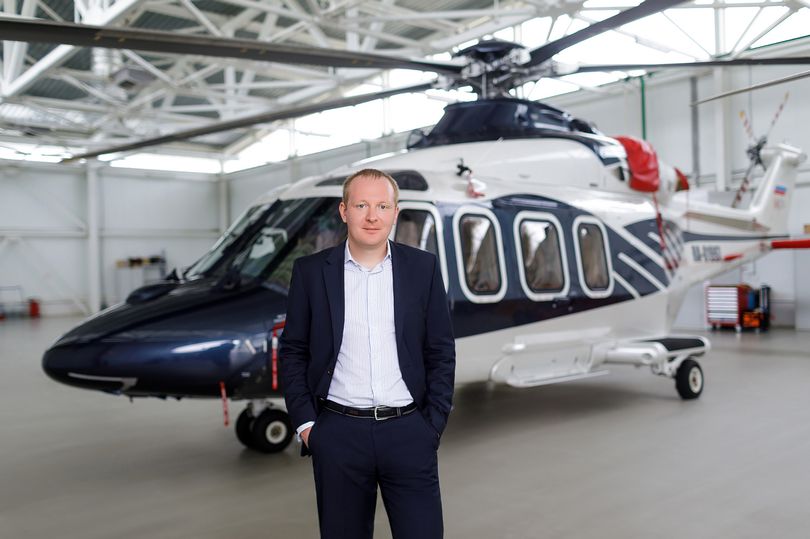 A millionaire paid £2,000 for a two-hour helicopter ride so he could have a McDonald’s.

Viktor Martynov, 33, chartered the chopper to get some “normal” food for himself and his girlfriend, who were on holiday in Crimea at the time.
Under sanctions Western companies like McDonald’s are not allowed to operate in the Crimean peninsula, which Vladimir Putin seized from Ukraine in a military annexation in 2014.

The hungry millionaire was staying at Black Sea resort Alushta when he was overcome by cravings for fast food.

The private yacht tycoon flew 450 miles round trip to pick up Big Macs, French fries and milkshakes in Krasnodar, the nearest Russian city with a McDonald’s.
“This is how it was – I was on holiday with my girlfriend in Alushta,” said Martynov.

“We had a craving for normal Moscow food…

“We decided to board a helicopter, fly to Krasnodar and go to McDonalds.
“We had a meal there and got back.”

Initial reports suggested he had ordered the flight to pick up a takeaway.
But he made clear he sat in the Krasnodar restaurant, where his £49 order included milkshakes.
The charter company said they had never previously been called out on such a mission.
“Usually our tourists charter helicopters to go for a tour, or to meet guests,” said a source.