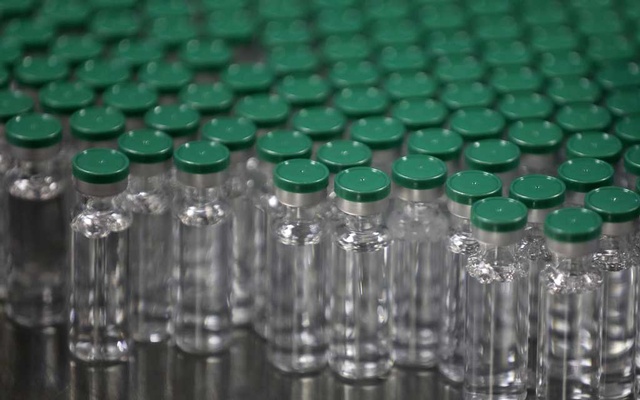 AstraZeneca and Oxford University have given conflicting accounts of how they came upon the most effective dosing pattern for their COVID-19 vaccine, a rare instance of public dissension between major institutions collaborating on a pivotal project.

The discrepancy, reported for the first time by Reuters, centres on the regimen administered to a smaller group of volunteers in the late-stage trials, of half a dose followed by a full dose. This diverged from the original plan of two full doses, given to the majority of participants.

The half-dose pattern was found to be 90% effective, versus the 62% success rate of the two-full-dose main study, based on interim data.

AstraZeneca’s research chief told Reuters 10 days ago, when interim trial data was released, the half-dose was given inadvertently as a first shot to some trial participants, and emerged as a stroke of fortune – “serendipity” – that scientists expertly harnessed.

This narrative was refuted by a leading Oxford University scientist, however, who told Reuters on Monday that the half-dose shot was given deliberately after thorough consultations.

Uncertainty over how the dosing regimen came about raises questions about the robustness of the data, according to some experts who said it risked slowing down the process of gaining regulatory approval for the shot and denting public confidence.

“These differing accounts are worrying,” Eleanor Riley, a professor of immunology and infectious disease at the University of Edinburgh, told Reuters.

“Trust is at a premium when it comes to vaccines and we must not do anything that might in any way undermine it.”

There is also the potential impact on AstraZeneca, whose shares have underperformed rival vaccine developers that have also announced successful results, partly due to concerns from scientists about the relatively small sample size for the half-dose sub-group that led to the 90% efficacy finding.

An Oxford University spokesman said that a media briefing would be held once the detailed interim trial results are peer-reviewed and published in a scientific journal.

“This will be the appropriate time to discuss the complicated intricacies of the global trial design,” he said.

More than 20 countries, including many poorer nations, have ordered the vaccine, which costs less than some rival shots and is easier to distribute.

The trial data was released on Nov. 23, when developers hailed “a vaccine for the world”. Hours later, AstraZeneca’s head of non-oncology research and development, Mene Pangalos, told Reuters the half-dose schedule had been a case of miscalculated dosing given to some volunteers.

It came to light, he said, after side effects in some participants turned out to be surprisingly mild.

“The reason we had the half dose is serendipity,” he said.

However, professor Adrian Hill, director of the Jenner Institute at the University of Oxford which co-developed the COVID-19 shot with AstraZeneca and led the UK trials, told Reuters in a phone interview on Monday that it was a conscious decision by researchers to administer a lower dose.

“There had been some confusion suggesting that we didn’t know we were giving a half dose when we gave it – that is really not true,” he said.

“What we were aware of was that we were using a different batch of a vaccine from a different manufacturer. We knew the measurements on it and we had been in discussions with regulators about how to move forward.”

“The dosing that we started with that new batch, was a half dosing compared to what we had used previously,” he added, without giving details about the different manufacturer.

Both AstraZeneca and Oxford University scientists said they had consulted health regulators and were given the go-ahead to continue with the half-dose among a limited group of volunteers in Britain, and to follow up with the full-dose booster shot at the scheduled time.

Britain’s Medicines and Healthcare products Regulatory Agency (MHRA) said its rolling review of the vaccine is ongoing and that any vaccine must undergo robust clinical trials in line with international standards.

“No vaccine would be authorised for supply in the UK unless the expected standards of safety, quality and efficacy are met,” a spokeswoman said. She did not comment on when the regulator was consulted about the half-dose regimen.

The European Medicines Agency did not respond to repeated requests for comment.

‘NEED TO BE CLARIFIED SWIFTLY’

For Oxford’s vaccinologists, the confusion is a far cry from last week’s euphoria when interim data appeared to vindicate almost three decades of work.

But the conflicting versions of events are the latest twist for the vaccine data, which has drawn scrutiny from scientists and investors since its release.

While US regulators have said a minimum of 50% efficacy for a COVID-19 vaccine to be considered for approval, Moderna and Pfizer-BioNTech have set a high bar, reporting efficacy data above 90% for their shots.

Independent scientists have expressed concerns that the AstraZeneca-Oxford half-dose group – with just over 2,700 participants – was too small to yield a robust efficacy result.

That’s a fraction of the tens of thousands of participants in trials that resulted in the high efficacy data from Pfizer-BioNTech’s and Moderna’s vaccines.

“All we have to go on is a limited data release,” Peter Openshaw, a professor of experimental medicine at Imperial College London, said last week. “We have to wait for the full data and to see how the regulators view the results,” he said, adding that US and European watchdogs “might possibly take a different view” from each other.

AstraZeneca has lost almost 7 billion pounds ($9.35 billion) in value since the interim trial results amid such worries.

It has said it hopes that more trial data gathered over time in that group will solidify the interim findings. It is also considering a new global trial based on the dosing pattern for added clarity.

Oxford and AstraZeneca say they have submitted their read-out to regulators across the world to seek marketing approval. They say the dosing pattern is also subject to discussions with regulators.

The university said last Friday it supported the idea of further and ongoing trials, but added that the interim analysis had already “shown the vaccine is highly effective in a global study of 24,000”.

2020-12-04
Mr. Admin
Previous: More than 400 lawmakers from 34 countries back ‘Make Amazon Pay’ campaign
Next: Govt urges not to undermine or misinterpret the efforts to voluntary relocation of Rohingyas