Don't Miss
Home / Lead News / For Boris Johnson, a week to exorcise the demons of 2020 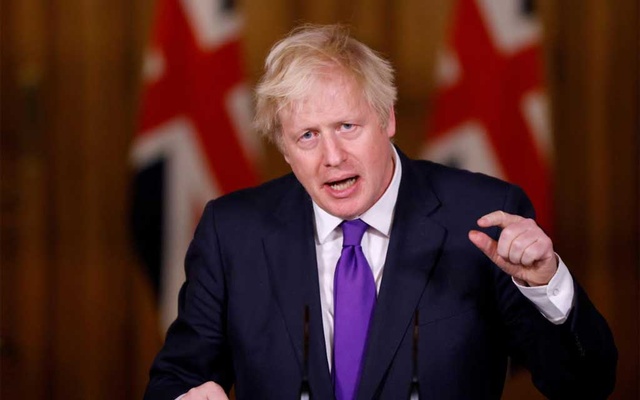 Britain’s approval of a coronavirus vaccine this week, beating every other Western country, would be a political gift for any leader. But perhaps none needs it as much as Prime Minister Boris Johnson.

A successful vaccine rollout could be the last chance for Johnson’s government to show competence, after botching virtually every other step of its response to the pandemic, from tardy lockdowns to a costly, ineffective test-and-trace program — all of which contributed to the country having the highest death toll in Europe.

It also comes just as Britain has reached a climactic stage in its long negotiations with the European Union for a trade relationship after having left the bloc this year. Allies of Johnson were quick to claim that the swift approval of the vaccine vindicated the Brexit project.

That claim was quickly debunked. Nevertheless, the mass vaccination program will be an early test of how well Britain works once it is fully untethered from Europe.

“The British government is looking for ways to claim a victory because they’ve made such a bloody mess of the epidemic,” said David King, a former chief scientific adviser to the government who has become a vocal critic of its performance. “The nationalistic response is brutish and rather distasteful.”

Still, it is difficult to separate politics from public health. As the first vials of the Pfizer-BioNTech vaccine rolled into Britain in refrigerated trucks from Belgium this week, negotiators in London were in the last stages of trying to stitch together a long-term, EU-British trade agreement. The talks were paused Friday evening, amid signs that a breakthrough would require personal intervention by Johnson.

The pandemic has raised the pressure on Johnson to strike a deal, since a failure could deepen the economic damage caused by multiple lockdowns. Yet the convergence of events could also be fortuitous, allowing the beleaguered prime minister to resolve an issue that has divided Britain for more than four years at the very moment that relief finally begins to arrive for a country ravaged by the virus.

Pro-Brexit politicians struck a bluntly nationalistic chord, saying Britain’s early approval of the vaccine was the first of many triumphs — though for all the fanfare, it may be only days ahead of US authorisation and a few weeks ahead of the EU.

The education secretary, Gavin Williamson, said Britain moved faster than its neighbors because “we’re a much better country than every single one of them.” The leader of the House of Commons, Jacob Rees-Mogg, said European regulators were “a bit sniffy” that they had not yet managed to approve it.

“We have, we’re leaving, draw your own conclusions,” he declared. “We are now free of the dead hand of the European Union.”

In fact, the swift approval of the Pfizer vaccine was not enabled by Brexit. Although Britain formally left the EU last January, it continues to adhere to the bloc’s regulations until a transition period expires Dec. 31.

The British health regulator invoked an emergency power, available to all EU members, to move faster in the case of a pandemic. 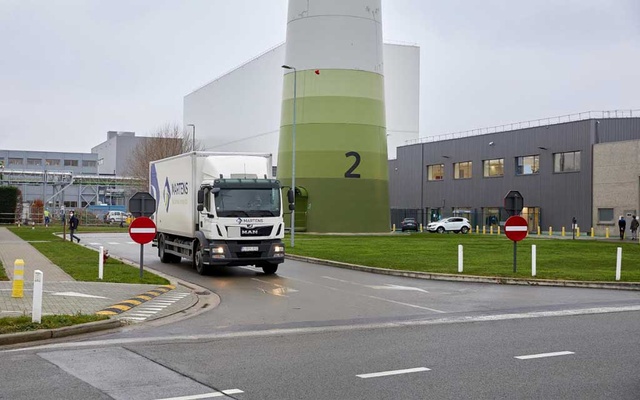 Still, the optics of Britain striking out on its own, ahead of France and Germany, are appealing because they play into the pro-Brexit argument that a Britain unshackled from Brussels will be more agile and flexible, able to act as a free agent in the global market for everything from vaccines to ventilators.

“No one is very proud of our record on the pandemic,” said Jonathan Powell, a former chief of staff to Prime Minister Tony Blair. “But they believe we’re magically going to become a better country by being outside of Europe.”

If anything, Powell said, the Pfizer vaccine was a testament to the value of pre-Brexit, cross-border collaboration: It was developed by Turkish-born scientists at a German biotechnology firm, produced by an American pharmaceutical company and manufactured in a plant in Belgium.

Brexit has colored Johnson’s handling of the pandemic in ways obvious and subtle. Britain declined to join a multibillion-dollar EU vaccine purchasing fund and shunned a European consortium to buy ventilators. The latter decision provoked anxiety in the early days of the pandemic, when it looked as if hospitals might not have enough machines for their patients.

In the end, the hospitals were able to cope with the demand. On Monday, Johnson boasted that Britain, acting on its own, was the first country to preorder supplies of the Pfizer vaccine, securing 40 million doses. All told, it has ordered more than 350 million doses of seven vaccine candidates, hedging its bets in case some do not pan out.

But Johnson diverged from other European leaders in waiting until late March to impose a lockdown. This fall, amid a second wave of the virus, he again moved more tentatively than leaders on the Continent, imposing a nationwide lockdown only in November. Critics say those delays cost lives; Britain’s death toll just surpassed 60,000.

“While we were in lockdown, we appeared to do nothing about a test-trace-and-isolate system,” King said. “We still don’t have a system that has anywhere near the capacity we need.”

He and other experts expressed less concern about the British regulator’s rapid approval of the Pfizer vaccine. Britain’s Medicines and Healthcare Products Regulatory Agency, they said, had a history of independence and a reputation across Europe for thoroughly vetting new drugs.

They also expressed confidence that the vaccine will be distributed through Britain’s National Health Service, not by private contractors, like the companies involved in the trouble-prone test-and-trace system.

Even so, there are worries about how to distribute the vaccine, which needs to be stored at ultracold temperatures. Before the first injections, the government abruptly changed the priority for who would get the shot first, ruling out those in nursing homes in favour of nursing home staff and people 80 and over in hospitals or with appointments there.

The government’s muddled messaging has damaged Johnson, not just with the public but also with members of his own Conservative Party. He had to fend off a rebellion among Conservatives in Parliament this week over tiered restrictions that replaced the nationwide lockdown lifted Tuesday.

Experts said they were hopeful that the arrival of a vaccine would leach some of the vitriol out of the debate over lockdowns. But the government’s messaging could be a weakness in winning broad public acceptance of the vaccine. In addition to anti-vaccination activists, experts said it would confront wariness from people who will question whether Britain rushed its approval.

“They need to think about people who are saying, ‘Why is this being pushed so quickly?’” said Devi Sridhar, director of the global health program at the University of Edinburgh, who added she would take it “tomorrow, if I could.”

Johnson named Nadhim Zahawi, a Conservative member of Parliament with a background in public-opinion research, to coordinate the deployment of the vaccine. Zahawi, who has a degree in chemical engineering, co-founded YouGov, an internet polling company, which he later sold.

In YouGov’s polling on the vaccine — conducted last month after Pfizer reported positive results in clinical trials — two-thirds of those surveyed said they were “very likely” or “fairly likely” to take the vaccine when it becomes available. A fifth said they were unlikely to take it, while 12% said they were not sure.

“You’re going to have to see social influencers or health care workers lining up to take it,” Sridhar said.