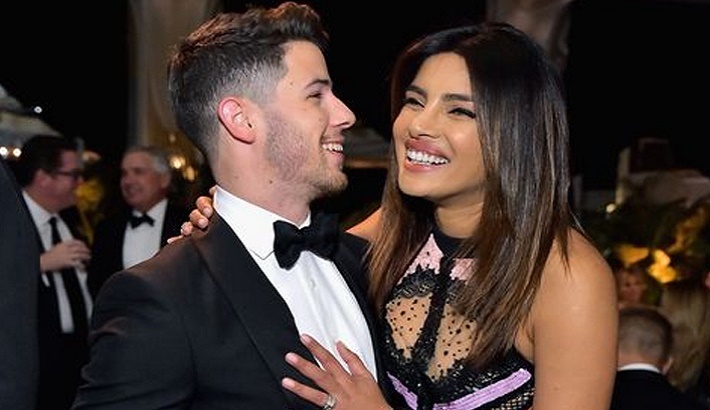 The couple took to their verified Instagram accounts to wish each other on their special day and share photographs from their Hindu wedding ceremony, which took place in Rajasthan in 2018.
Nick wrote: “Two days, two weddings now two years. I was so honored to get to marry @priyankachopra in her home country, in a traditional Hindu wedding. I can’t believe how lucky I am, and how quickly the time has gone by. Happy Hindu anniversary beautiful.”

Commenting on his post, wife Priyanka wrote: “My real life Bollywood hero. I love you handsome.”

On Tuesday, Nick Jonas had shared photographs from their Christian wedding.

On the work front, Priyanka Chopra is currently shooting for “Text For You”, which also stars Celine Dion and Sam Heughan.
(The Statesman)