Bangabandhu statue vandals in Kushtia are ‘from a madrasa’

The police have detained two students and two teachers of a local madrasa over the vandalism of an under-construction sculpture of Bangabandhu Sheikh Mujibur Rahman in Kushtia.

The detainees are Abu Bakr and Md Sabuj Islam Nahid, students of Ibne Masud Madrasa at Jugia Poshchimpara in the town, and teachers Al Amin and Yusuf Ali.

Home Minister Asaduzzaman Khan Kamal revealed the information to journalists at the Secretariat in Dhaka on Sunday after the police said they identified two vandals from security camera footage. 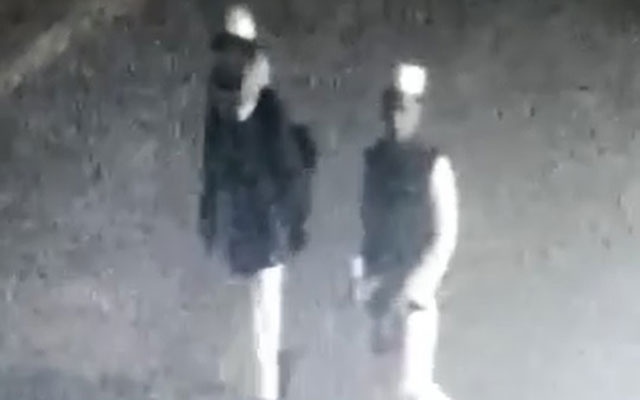 “If someone thinks that they have become very powerful, they are wrong,” he said amid a clamour from Islamic extremists to stop building statues of the Father of the Nation.

Students Bakr and Nahid were the men seen vandalising the statue in the footage, said Khandaker Mohiuddin, deputy inspector general of police.

The men, clad in Panjabis and skull caps, could be seen walking towards the under-construction statue before climbing up a ladder and vandalising it around 2am Saturday.

“They used hammers under the cover of the night. They got out of Ibne Masud Madrasa to do this (vandalism),” said the home minister. 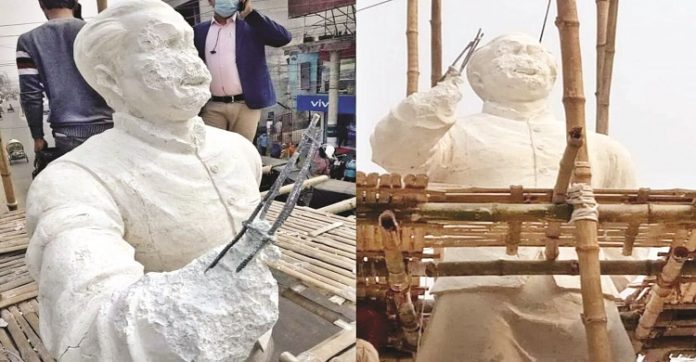 The Kushtia Municipality took the initiative to build three statues of Bangabandhu at the site. Work on the statue targeted by the vandals was almost complete.

The right hand, face and parts of the left hand of the statue at a five-road intersection in Kushtia Municipality were damaged by the miscreants.

The act of vandalism has drawn howls of protests from different groups and organisations after it came to their notice on Saturday morning.