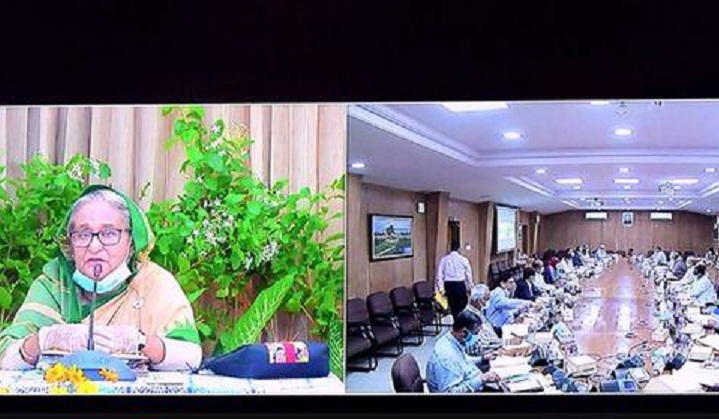 The cabinet on Monday in principle approved a draft of the ‘Jatiya Muktijoddha Council Act-2020’ incorporating a provision to enable the commission to recommend the government to publish a list of Razakars and other anti-liberation elements, reports BSS.

“The cabinet today approved in principle the draft of the ‘Jatiya Muktijoddha Council Act-2020’ keeping a provision that the commission can recommend the government to prepare a list of Razakars, Al-Badr and Al-Shams and publish a gazette notification to this end, ” Cabinet Secretary Khandker Anwarul Islam told a news briefing at Bangladesh Secretariat here following the regular weekly cabinet meeting.

He added that the Liberation War Affairs Ministry has brought the draft of the law to the cabinet as the existing one cannot fulfill the demand of time completely.

The proposed law has suggested the formation, operation and funding of the Jatiya Muktijoddha Council and registration of freedom fighters and their organisations in more precised way, he said.

With passage of the new law, the existing ‘Jatiya Muktijoddha Council Act-2002′ will be annulled, he informed.

Prime Minister Sheikh Hasina presided over the meeting joining from her Ganabhaban residence while her cabinet colleagues got connected to it from the cabinet division here.

Replying to a query, Anwarul said the council will have the authority to recommend the list of those who had opposed the Liberation War of Bangladesh being acted as members of Razakar, Al Badr and Al Shams or engaged in the war as members of the para-military forces from March 26 to December 16 in 1971.

But, he said, in the existing law of 2002 there is a provision that the council can recommend to preparing a list of freedom fighters and publish gazette notification to this end.

In another query, the cabinet secretary said the proposed law has suggested taking legal action against those who enlisted their names in the freedom fighters’ list with false information.