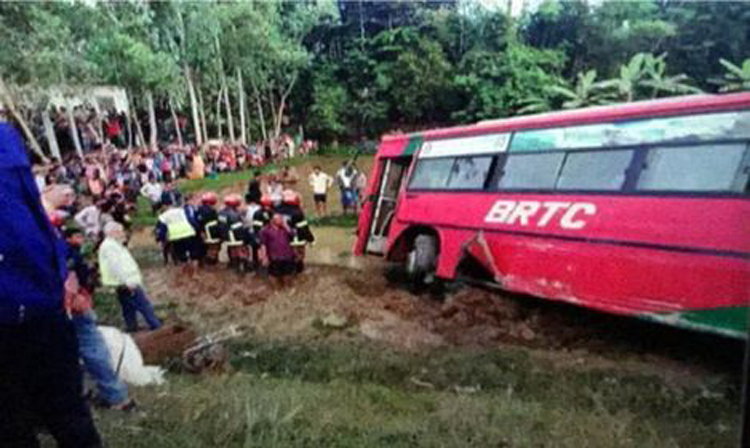 At least eight people were killed and 10 injured in a head-on collision between a bus and an auto-rickshaw in Nabiganj upzaila of Habiganj.

The accident happened on Dhaka-Sylhet highway in Satahail area of the upazila around 4:45pm on Monday.
The deceased are two-year-old Maria Akhter and her mother Samirun Begum (30), Halima Begum (26), Antar Miah (21), Liza Akhter (20) and Kitab Ali (32).

Two others could not be known yet.

Traffic movement on the road remained halted for two hours during the two-hour rescue operation.

According to officer-in-charge of Nabiganj Police Station, a Sylhet-bound BRTC bus from Cumilla slammed into a CNG-powered auto-rickshaw from the opposite direction, with both vehicles crashing into a roadside ditch after the collision.