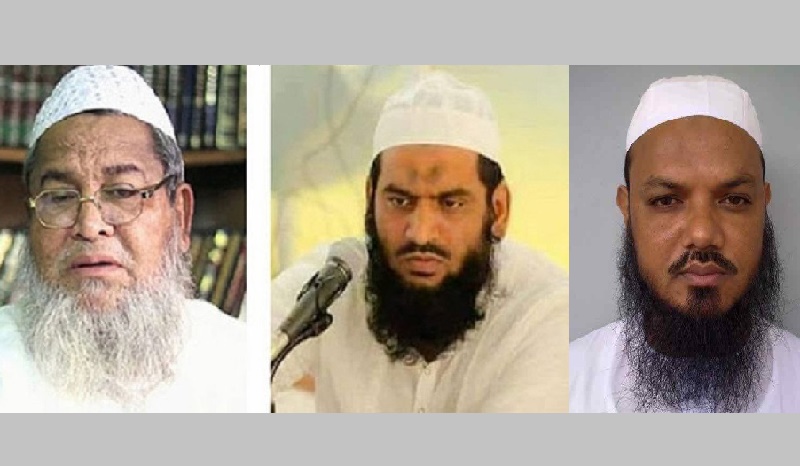 Muktijoddha Mancha president Aminul Islam Bulbul filed the case with the Court of Metropolitan Magistrate Sotyabrata Sikder on Monday morning.
The magistrate recorded the statement of the plaintiffs and said he will pass an order on the issue later in the day.

Earlier on Sunday, a Supreme Court lawyer sought permission from the Ministry of Home Affairs to file the sedition case against them.

Besides, Advocate Moshiur Malek, founder of Bangabandhu Foundation, filed a case against Mamunul Haque with the same court over the same allegation.

The plaintiffs said all the statements made by Babunagari, Mamunul and Faizul Karim are tantamount to sedition and go against the state.

They also appealed to the court to issue arrest warrant against the trio for their alleged involvement with “tarnishing the image of the government and creating anarchy” across the country.

Recently, the Hefazat leaders threatened to throw Bangabandhu’s sculpture into the Buriganga. He was later backed by several other Islamist leaders, including Faizul, leading to an uproar across the country.