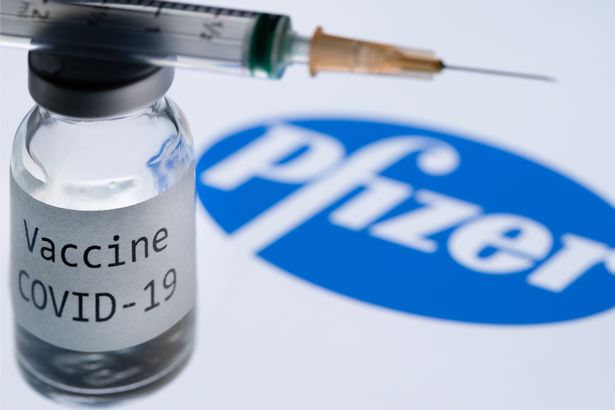 The first doses of the Pfizer coronavirus vaccine will be administered on Tuesday, according to an NHS boss.

Chris Hopson, chief executive of NHS Providers, said immunisation will be “a marathon, it’s not a sprint”, telling BBC Breakfast: “We’re looking forward to the race starting on Tuesday.”
Britain has ordered 40 million doses of the vaccine, with two doses per person meaning 20 million people will receive the first round of jabs.

Mr Hopson said hospitals are working out how many care home residents, care home staff and over-80s they can get to.

“Each one of those groups has a different set of characteristics in terms of the logistical difficulty of doing the vaccination,” he said, pointing out that the vaccine needs to be transported at minus 70C.

“Think of a large pizza box, is the way that we’re describing it, that’s got to be stored in a fridge at minus 70C.
“To be frank, the only way you can really do that at the moment is to store them inside NHS hospital hubs.

“You can only move them four times, and you have to ensure that the two doses are administered three weeks apart, so it’s quite complex.

“So, what we’re going to be doing is, hospitals are at the moment talking to care home providers to say how can we get your staff to come into those hospital hubs so we can inject them.”
NHS Chief Sir Simon Stevens said people over 80-years-old and care home staff will be able to get the first doses of the Pfizer vaccine at hospitals from next week.

But they’ll initially only be offered in hospitals due to storage and transportation of the doses being complicated.
They need to be kept together in large batches of doses, and must be stored at around minus 70 degrees.

Yesterday, lorries were pictured transporting the vaccine from Pfizer’s labs in Belgium across the channel to the UK.

Once the vaccine arrives in the UK from Pfizer’s plant in Belgium, it is thought batches will be checked at a central depot to ensure their quality.

Public Health England will process orders placed by the NHS for next-day delivery to hospital hubs around the UK.

Meanwhile the Army has been carrying out Covid jab “dry runs” in advance of the country’s biggest ever mass vaccination programme.
It comes as the country battles with logistical challenges in administering it to those at the top of the priority list.

New guidance drawn up by the joint committee on vaccination and immunisation reiterated that care home residents and staff and over-80s must be the first groups inoculated.

In response, the British Medical Association, which represents most of the country’s doctors, has warned pushing NHS staff down the queue could lead to more frontline doctors and nurses dying.