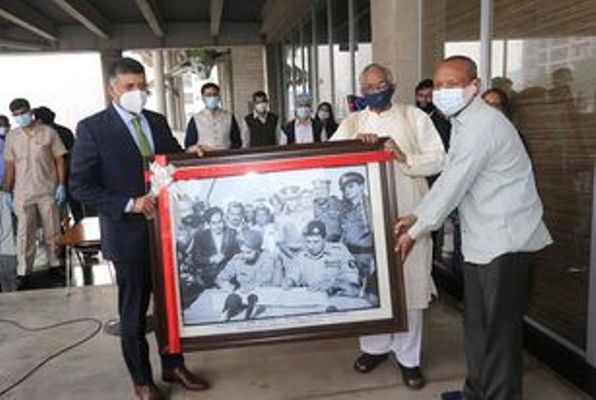 The High Commissioner also paid tribute to martyrs of the war during a visit to the Shikha Chironton (Eternal Flame) in Shuhrawardy Uddan in the capital.
On that day (December 6), India recognised Bangladesh as a sovereign nation and extended support to the liberation war of the country.

During the visit, he mentioned that museum exhibits the remarkable struggle by the youth, men, women, children, ordinary people whose struggle led the birth of a new nation, #Bangladesh.

Interacting with Bangladeshi youngsters at Liberation War Museum, Indian High Commissioner Doraiswami said that December 6 was an important day in the #IndiaBangladesh relationship. In 1971, while the #LiberationWar was ongoing, India recognized Bangladesh as a sovereign nation.

He said that the energetic youth of Bangladesh are scripting a bright future for the country and also sought their support in strengthening the India Bangladesh partnership even further.