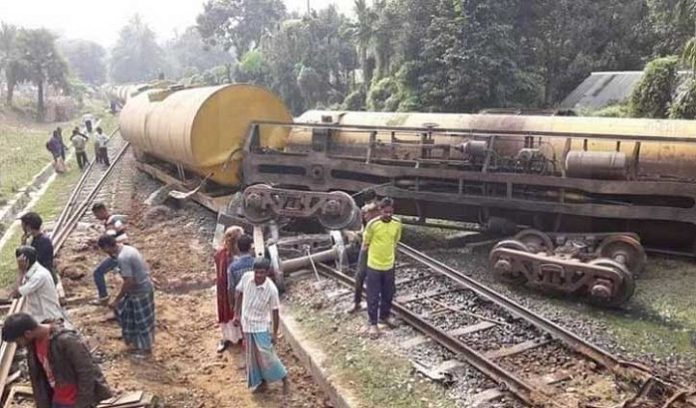 Rail communication between Sylhet and other parts of the country resumed on early Monday, 12 hours after the derailment of a freight train in Habiganj’s Shayestaganj upazila.

He said the train service was resumed on a third rail line as two of the lines were severely damaged.

On Sunday, the locomotive and five bogies of an oil-carrying train from Chittagong to Sylhet derailed near Shahjibazar area of the upazila around midday. As a result, the communication of Sylhet was cut off with the rest of the country.

Two rescue trains from Moulvibazar’s Kulaura and Brahmanbaria’s Akhaura reached the area around 4pm, but however they were delayed in reaching the spot as the lines were damaged due to the accident.

Finally, the rescue work began around 6pm and continued till midnight. The train service was resumed as soon as the work was completed.

Previously in a near similar incident on November 7, rail communication in Sylhet-Dhaka route and Sylhet-Chittagong route remained suspended for 22 hours after seven bogies of an oil-carrying train got off the tracks.