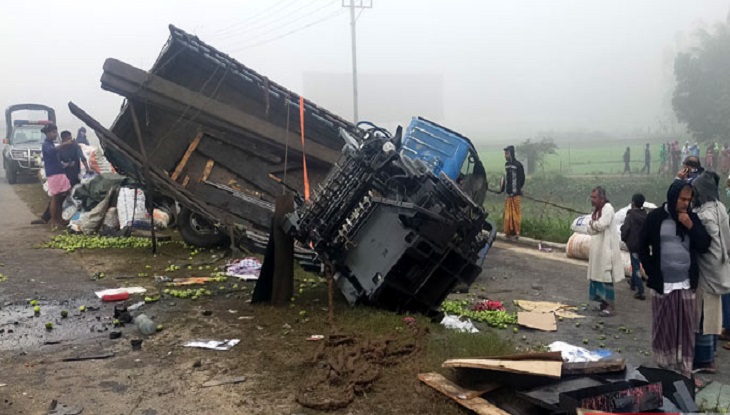 Five people have been killed and two others injured due to head-on collision between a bus and a truck on Dhaka-Tangail highway.

The accident took place in Tangail Sadar upazila Tuesday morning.
The deceased could not be identified immediately.

Sources of Fire Service and Civil Defence said a truck carrying vegetable collided with the bus, leaving four dead on the spot and three others injured. Later, one injured person died on the way to hospital.

It is apprehended that the accident occurred due to dense fog.