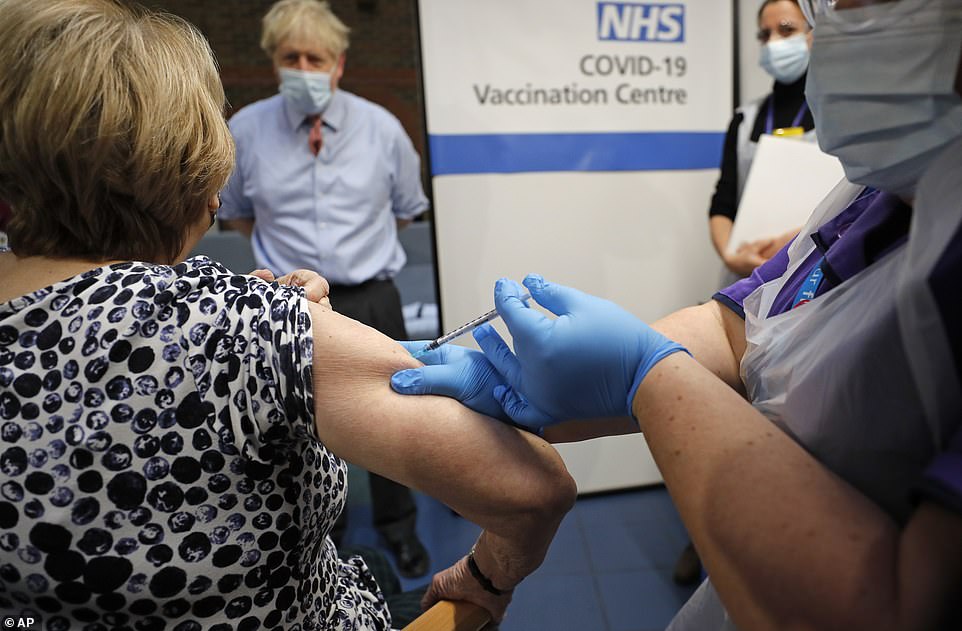 Prime Minister Boris Johnson speaks to to Lyn Wheeler before she received the Pfizer-BioNTech COVID-19 vaccine at Guy’s Hospital in London. Mr Johnson was in intensive care at the same trust as he fought Covid earlier this year

A further 616 people have died within 28 days of testing positive for coronavirus, while an additional 12,282 people tested positive for the virus on Tuesday.

Separate figures published by the UK’s statistics agencies show that more than 77,500 deaths involving Covid-19 have now occurred in the UK.

A total of 75,092 deaths have so far been registered in the UK where Covid-19 was mentioned on the death certificate.
This includes 68,048 deaths in England and Wales up to November 27 (and registered up to December 5), which were confirmed by the Office for National Statistics.

Since these statistics were compiled, a further 2,338 deaths are known to have occurred in England, plus 77 in Scotland, 124 in Wales and 76 in Northern Ireland, according to additional data published on the government’s coronavirus dashboard.

It comes as the UK started rolling out the new Pfizer/BioNTech Covid vaccine on Tuesday.

Healthcare professionals and those over 80 were among the first to get the jab as the UK became the first country to approve the vaccine. 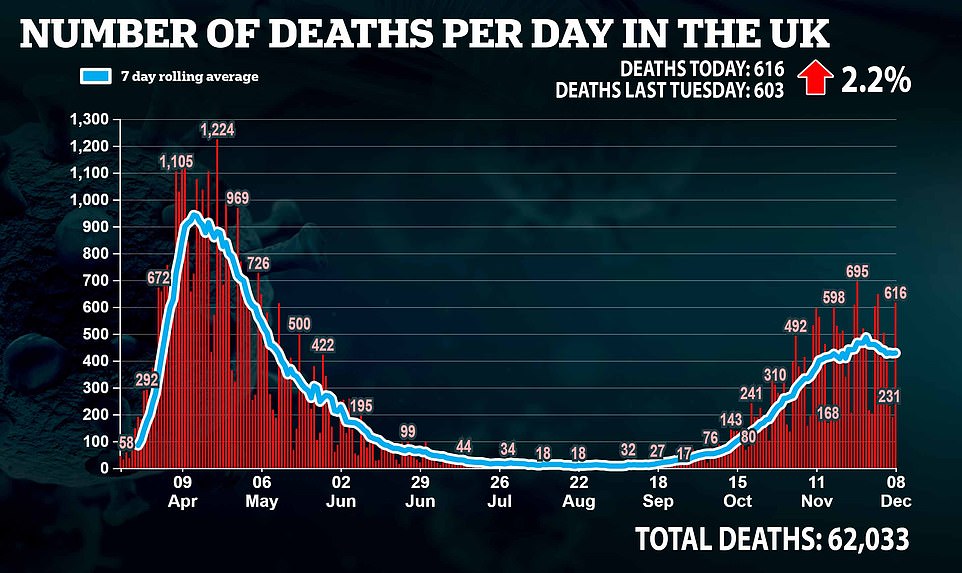 A further 325 people who tested positive for coronavirus have died in hospital in England, bringing the total number of confirmed deaths reported in hospitals to 42,904, NHS England said on Tuesday.

Patients were aged between 42 and 101. All except 12, aged between 56 and 93, had known underlying health conditions.

The deaths were between November 5 and December 7 with the majority on or after December 4.

Ten other deaths were reported with no positive Covid-19 test result.

There have been a further 780 cases of coronavirus in Wales, bringing the total number of confirmed cases to 91,792.

Public Health Wales reported another 31 deaths, taking the total in Wales since the start of the pandemic to 2,725. 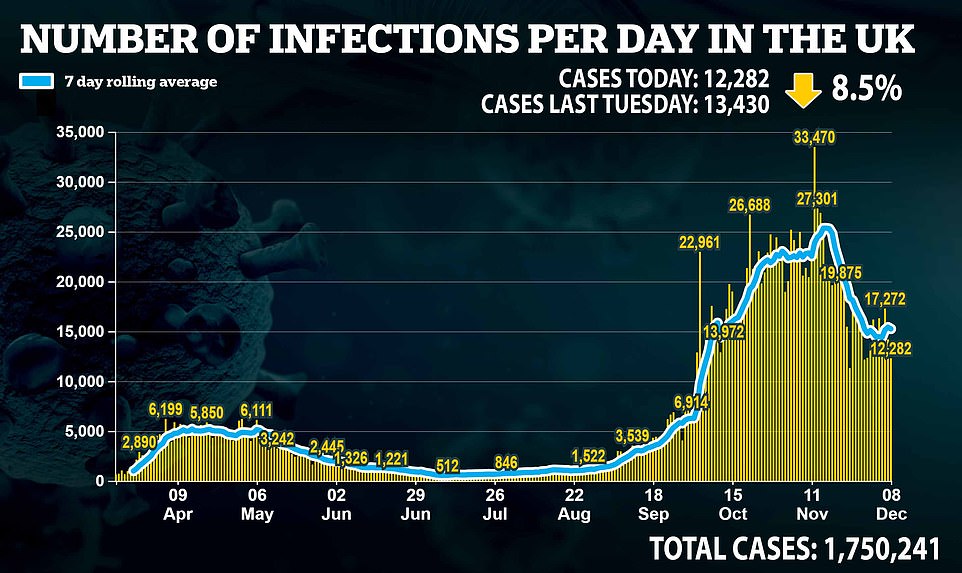 An additional 692 people in Scotland have tested positive for Covid-19, taking the total to 101,475.

A further 33 more patients who tested positive for the virus have died, bringing the total Covid deaths in Scotland to 3,950.

A further 14 Covid deaths were recorded in Northern Ireland while another 351 people tested positive for the virus.