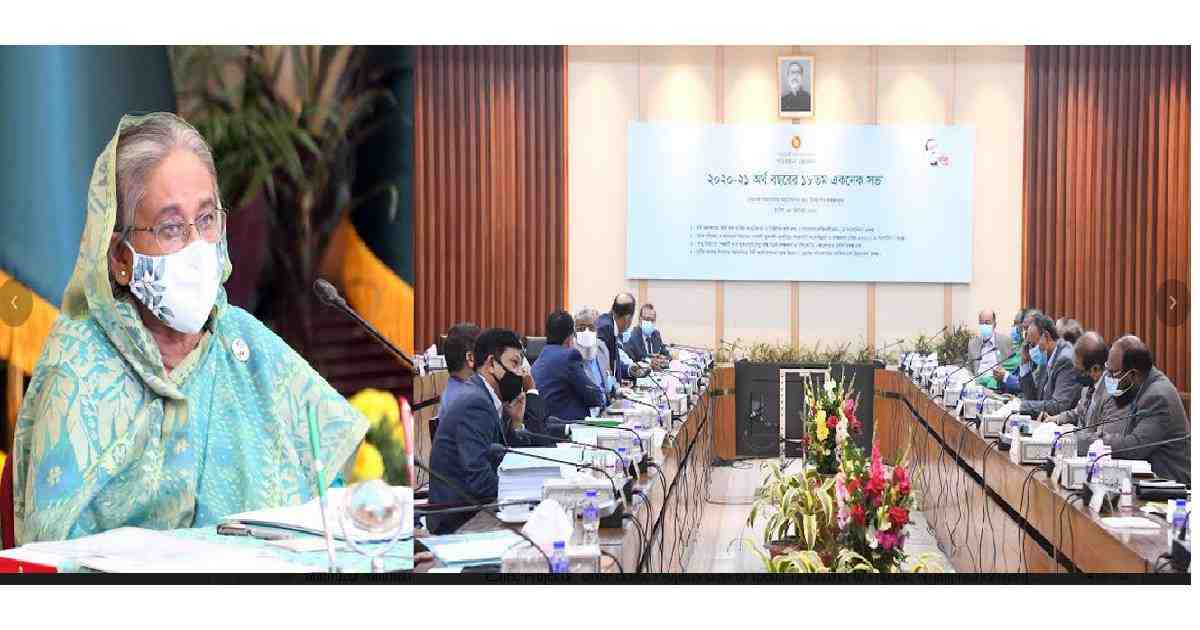 The Executive Committee of the National Economic Council (Ecnec) has cleared four development projects, including a Tk 2,228-crore one to widen the existing road and construct two-storey road from Panchabati to Muktarpur Bridge.

The expressway project is aimed at strengthening the transport connectivity between Narayanganj and Munshiganj districts.

The approval came from the weekly Ecnec meeting held on Tuesday at the NEC conference room.  Ecnec Chairperson and Prime Minister Sheikh Hasina chaired the meeting joining it from Ganobhaban through a videoconference.

According to the factsheet of the Planning Commission, the project titled “Widening the Road and Construction of Two-storey road from Panchabati to Muktarpur Bridge” will be implemented in Narayanganj Sadar and Munshiganj Sadar upazilas at a cost of Tk 2,227.77 crore by June 2025.

“If the expressway (the two-storey road) is constructed, the travel cost will come down by 62 percent, while the waiting time by 74 percent. The average speed of traffic will go up four-five times,” said another member of the Planning Commission, Md Mamun-Al-Rashid.

The main project operations include acquisition and rehabilitation of 44.50 acres of land, excavation and earth-filling of 7,01,114 cubic metres, pavement and related works of 10.75 km, construction of 14.79-km median and construction of 9.06-km expressway with ramp.

The Mymensingh City Corporation will implement the project at a cost of Tk 1575.06 crore by June 2024. The project envisages improvement of roads, drainage networks and amenities services in the city.

The original cost of the agriculture information project was Tk 68.71 crore, which now stands at Tk 109.91 crore. The project deadline has been extended to June 2022 from June 2020.

The original cost of Charkhali-Tushkhali-Mathbaria-Patharghata Road was Tk 104.77 crore, which now has been raised to Tk 149.34 crore. The project deadline has also been extended to June 2021 in place of December 2018.

While clearing the two revised projects, the Prime Minister directed all concerned to stop the trend to raise the project cost and time, and implement the projects in due time instead, said Dr Shamsul Alam.

He said the Prime Minister apparently expressed annoyance over the project revision and asked the authorities concerned to find out the reasons behind the delay in project implementation.

She also asked the authorities concerned to prepare a master plan over the road connectivity of the southern part as the development activities of the region will get a momentum when the construction of Padma Bridge is completed.

Hasina directed them to start the repair and upgrading works on the roads of the region as the daily traffic volume will increase largely there once the Padma Bridge is completed.

While approving the Mymensingh city project, the PM directed the city authorities so that no large tree is cut down and fields are not filled with high-rise buildings. The quality of works must be maintained during implementation of the project, she added.