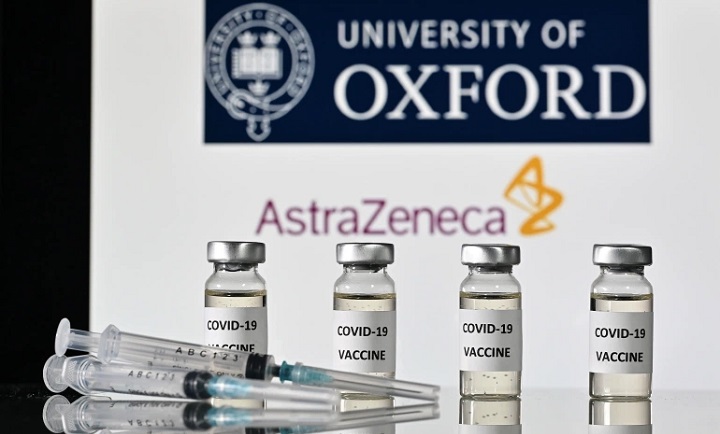 Oxford University and AstraZeneca became the first Covid-19 vaccine makers to publish final-stage clinical trial results in a scientific journal Tuesday, clearing a key hurdle in the global race to produce safe and effective drugs for the new coronavirus.

The study, published in the respected Lancet medical journal, confirmed that the vaccine works in an average of 70 percent of cases.

It comes during a flurry of positive developments that have raised hopes the roll-out of vaccines can help begin to restrain a pandemic that has killed more than 1.5 million people and stricken societies worldwide.

Britain on Tuesday became the first country in the Western world to start immunisations, using a rival vaccine developed by Pfizer-BioNTech after approving it for general use last week.

Andrew Pollard, the director of the Oxford Vaccine Group, said publication in the Lancet showed developers were “transparently sharing the data”.

He said a range of vaccines would be needed to bring the pandemic to heel, “otherwise we’ll still be in this position in six months time”.

“This really can’t be a competition between developers, this has to be in competition against the virus,” he told a press briefing.

The study showed the vaccine had an efficacy of 62 percent for those given two full doses, and of 90 percent in those given a half then a full dose.

AstraZeneca and Oxford faced questions last month about their analysis — which looks at data from a total of 23,000 people in separate trials with differing protocols — after releasing an overview of the results.

These centred on the smaller group who were given an initial half dose because of a mistake.

Tuesday’s study confirmed that this group of 1,367 participants did not include adults over the age of 55 years.

The authors said they provided extra analysis to Lancet peer reviewers that suggested improved results for the half-dose group was not down to other factors like age.

But they said more research would be needed.

AstraZeneca said it would be up to regulators to decide based on the data whether people would receive two full doses or a half dose followed by a full dose.

“I think it is fair to say it needs more looking into to explain the intriguing result,” Pollard said.

He confirmed that the use of a lower initial dose was “unplanned” and the result of a measurement discrepancy, but once researchers realised, it was incorporated into the trial with the agreement of regulators.

The results are likely to present a “dilemma” for regulators, said Simon Clarke, Associate Professor in Cellular Microbiology at the University of Reading.

He said while the half-dose regime showed better protection against disease and also in reducing asymptomatic transmission, the group was “relatively small”.

“Moreover it did not contain any older participants (age 55 or over) and it remains possible that if the regulators allowed the vaccine to be used in this manner, the most at risk group may not be protected.”

There were 131 cases of symptomatic COVID-19 disease more than 14 days after the second vaccine dose in these 11,636 people — 30 of those were among the group that received a vaccine of either dosage and 101 were in the control group.

The study said there had been no hospitalisations or severe disease reported in the Covid-19 vaccine group so far.