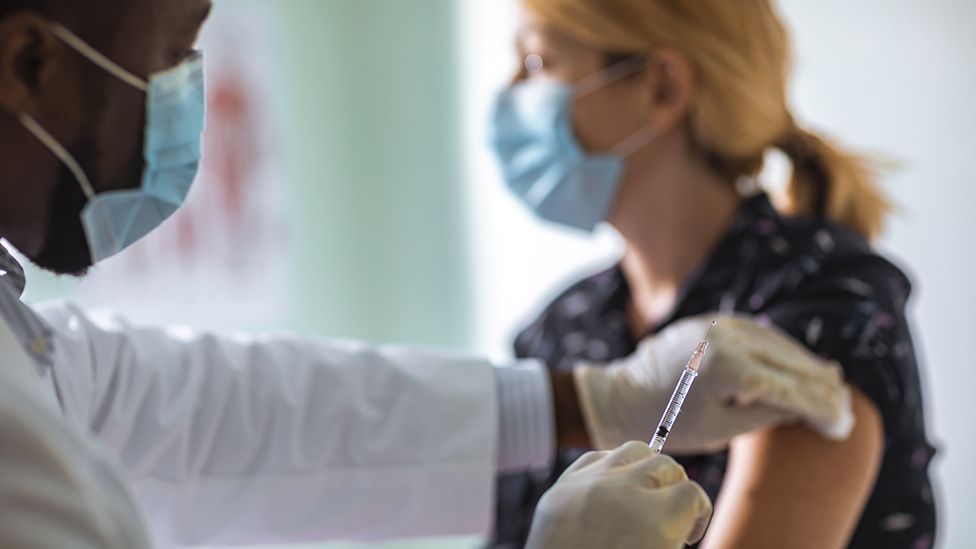 People with a history of significant allergic reactions should not have the Pfizer/BioNTech Covid jab, regulators say.

It came after two NHS workers had allergic reactions on Tuesday.

The advice applies to those who have had reactions to medicines, food or vaccines, the Medicines and Healthcare products Regulatory Agency said.

The two people had a reaction shortly after having the new jab, had treatment and are both fine now.

They are understood to have had an anaphylactoid reaction, which tends to involve a skin rash, breathlessness and sometimes a drop in blood pressure. This is not the same as anaphylaxis which can be fatal.

Both NHS workers have a history of serious allergies and carry adrenaline pens around with them.

Professor Stephen Powis, medical director for the NHS in England, said both individuals are recovering well.

Dr June Raine, head of the MHRA, said it was only right to take this step now that “we’ve had this experience”.

Reactions like this are uncommon, but do happen with other vaccines, including the annual flu jab.

Several thousand people were vaccinated on Tuesday in hospital clinics on the first day of the UK rollout of the new Covid jab.

Prof Peter Openshaw, an expert in immunology at Imperial College London, said: “The fact that we know so soon about these two allergic reactions and that the regulator has acted on this to issue precautionary advice shows that this monitoring system is working well.”

This is a story to assess with your head and not your gut.

No effective medicine is without side effects so you have to balance the risk and the benefit.

Remember, one in a thousand people in the UK have died after being infected with coronavirus this year and that figure is rising daily.

Two people, out of thousands immunised yesterday, had an allergic reaction which they recovered from.

Such reactions can happen with any vaccine and are treated with drugs such as steroids or adrenaline.

The trials reported one possible allergic reaction per thousand people immunised that may have been related to the jab.

The MHRA has given targeted advice to those most at risk, but for the overwhelming majority of people, this changes nothing.

More from James: What you need to know about vaccine safety