UK PM to fly to Brussels for last-ditch Brexit talks 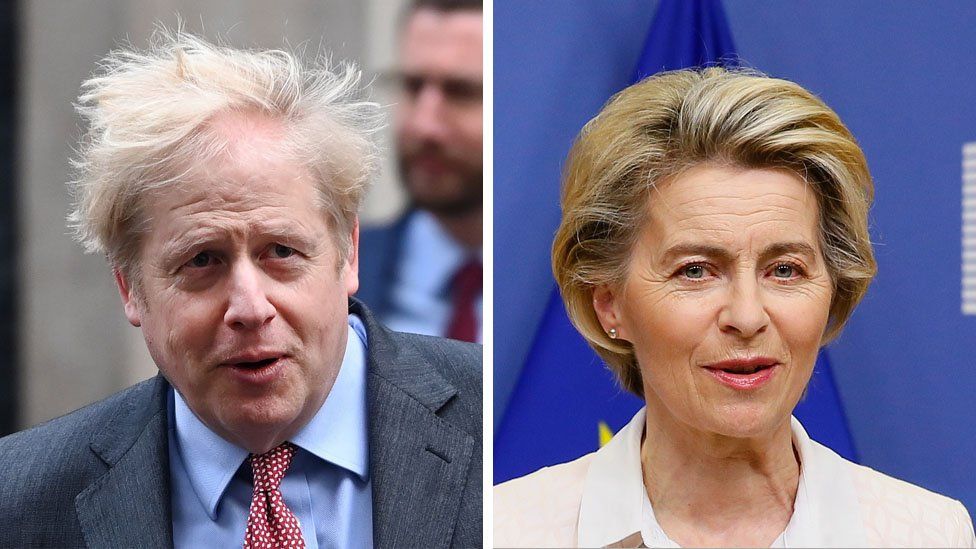 Time is running out to reach a deal with the UK set to stop following EU trading rules on 31 December.

The pair will hold talks over dinner, after negotiations between officials ended in deadlock.

Major disagreements remain on fishing rights, business competition rules and how a deal will be policed.

At the dinner, Prime Minister Johnson will work through a list of the major sticking points with Mrs von der Leyen, who is representing the leaders of the 27 EU nations.

Any progress the two leaders make will not mean a deal is done but rather pave the way for more talks between officials, he said.

Mr Johnson will take part in Prime Minister’s Questions before travelling to the Belgian capital. EU leaders are due to meet for a summit of their own on Thursday.

A UK government source said progress at a political level may allow the negotiations – between the UK’s Lord Frost and EU’s Michel Barnier – to resume over the coming days.

The UK and EU are at loggerheads over the so-called “level playing field” – a set of shared rules and standards to ensure businesses in one country do not have an unfair advantage over their competitors in others.

Brussels wants the UK to follow EU rules closely in areas such as workers’ rights and environmental regulations, but the UK says the goal of Brexit is to break free from following common rules and reassert national sovereignty.