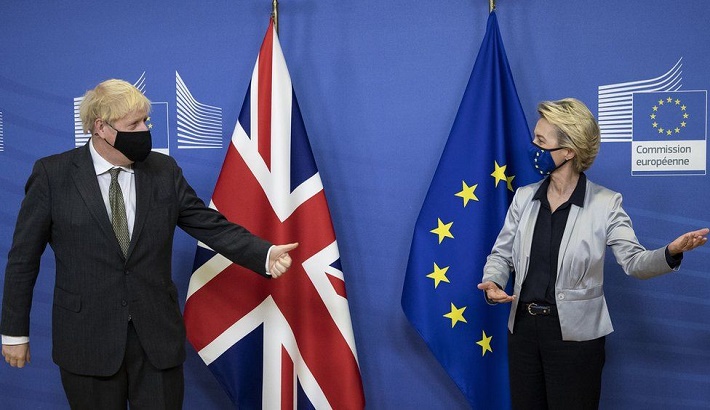 Downing Street said “very large gaps remain” but talks will continue, with a “firm decision” by Sunday on whether a deal can be reached.
Mrs von der Leyen said the two sides were still “far apart”.

Talks between the UK’s chief negotiator Lord Frost and the EU’s Michel Barnier will resume in Brussels later.

The two negotiators also attended the three-hour dinner meeting between the two leaders.

The BBC’s Laura Kuenssberg said the evening had “plainly gone badly” and the chances of the UK leaving the post-Brexit transition period at the end of the year without a firm arrangement was a “big step closer”.