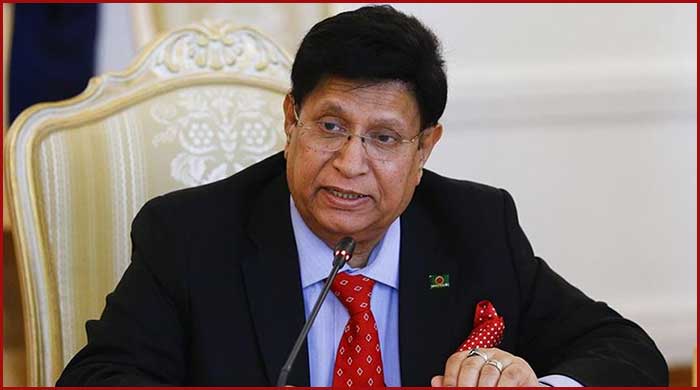 Foreign Minister Dr AK Abdul Momen on Thursday said a work plan has been prepared as guideline to untap the potentials of blue economy.

“Bangladesh considers Blue Economy as one of the cornerstones for its economic growth and socio-economic development,” he said.

“We already have a lot of suggestions, recommendations, outcomes and discussions in the meetings, workshops and seminars. Now, it’s the time to materialise all these and get into pragmatic actions and stop ecocide,” said the Foreign Minister.

Dr Momen said it is high time to decide which marine sectors to priorities, based on its domestic needs and demands of global market and charting a course towards a Blue horizon in partnership with the regional countries.

The Foreign Minister said the United States and Bangladesh cooperate closely on a range of issues, including economics, security, governance and development.

He said a virtual meeting was convened by U.S. Under Secretary of State for Economic Growth, Energy, and the Environment, Keith Krach, and Adviser for Private Industry and Investment to the Prime Minister of Bangladesh, Salman F. Rahman recently with a view to developing a vision for advancing U.S.-Bangladesh Economic Partnership.

A joint statement was prepared and published outlining the framework for furthering the cooperation between the two countries.

“We hope that we will soon enter into some tangible maritime cooperation framework under this,” Dr Momen said.

He said Bangladesh believes that the regional vision for the blue economy must be supported by a balanced integration of the economic, social and environmental elements of development.

Bangladesh is the current Vice-Chair of Indian Ocean Rim Association and will assume the charges of Chair in October 2021.

Bangladesh is also the current President of the Council of the International Seabed Authority.

In fact, he said, in the context of Bay of Bengal Bangladesh needs to develop a cooperative mechanism among the littoral states to promote collaboration for reaping maximum benefits of blue economy.

“Maritime capacity building should be planned in regard to governance and institutional framework, academic and research institutions, managerial-technical-technological capabilities and qualified skills,” he said.