Cuba will unify its two currencies as of January 1 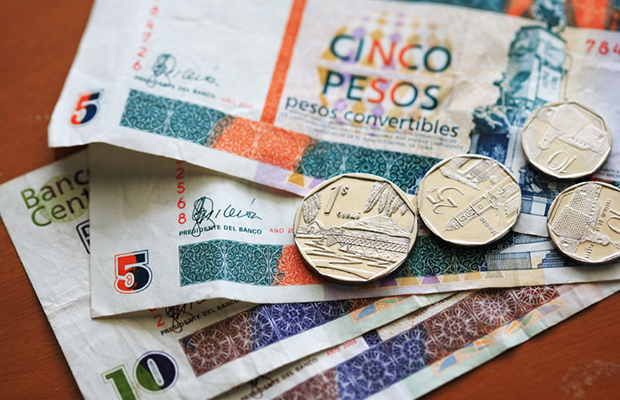 Cuba will unify its two currencies, the Cuban peso and convertible peso, as of January 1, ending a unique system that has existed for nearly three decades, President Miguel Diaz-Canel said Thursday.
“We consider the conditions met to announce the start of this reform beginning January 1, 2021, with a single exchange rate of 24 Cuban pesos for one dollar,” Diaz-Canel said on television, alongside Raul Castro, the country’s former president and Communist Party leader.
The reform, which had been announced years ago and repeatedly postponed, is intended to make the Cuban economy more accessible to foreign investors.
The move “will place the country in a better condition for needed transformations by updating our economic model,” he added.
The Communist leader acknowledged that was “one of the most complex tasks” facing the country, as it is buffeted by headwinds from a strengthening US embargo, the Covid-19 pandemic, and a global economic crisis.
The move, postponed for years as authorities waited for the best time to make the change, comes as the Cuban economy is expected to contract by 8 percent this year, according to the UN’s Economic Commission for Latin America.
The reform will eliminate the convertible peso, or CUC, created in 1994 and linked to the dollar.
Only the Cuban peso, or CUP, will remain, which is worth 24 times less.
The currency reform comes after the island reintroduced the dollar in October 2019, with appliance and food stores which only accept that currency.
The value of the CUP could suffer against this strong currency.
Additionally, state enterprises, which receive a reduced rate of one CUP to the dollar, will see production costs rise, leading to price hikes.
The government has already announced significant wage increases to offset expected high inflation.
2020-12-11
Mr. Admin
Previous: Heart disease leading cause of death globally for last 20 years: WHO
Next: Covid-19: Bangladesh reports 19 more deaths, 1,884 new cases