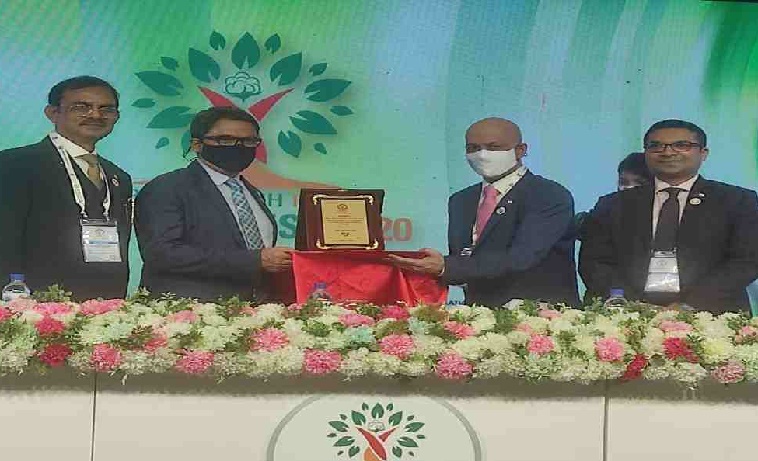 State Minister for Foreign Affairs M Shahriar Alam on Saturday said Bangladesh and India can offer a tough race for other competitors in global textile business considering India as one of the top cotton exporting countries.

“As a historic all-weather friend, India as a cotton exporting country should be on top of our lists for a win-win situation for both the countries,” he said.

The State Minister was addressing the second Bangladesh-India Cotton Fest 2020 at a city hotel.

Shahriar said over the last ten fiscal years, under the leadership of Prime Minister Sheikh Hasina, cotton production has been remarkably increased from 70,000 bales to 1,77,887 bales.

However, he said, domestic production is still inadequate compared to yearly demand of around eight million bales.

He said Bangladesh aimed to double its apparel exports over the next five years and laid emphasis on the importance of maintaining secure and quality cotton imports from its top supplier.

The State Minister said cotton stands as a lifeline of Bangladesh’s export economy.

As the second largest exporter of readymade garments, he said, Bangladesh is one of the top cotton importing nations.

“We need to import over 98% of the cotton required from nearly 42 countries resulting in 61 lakh bales of cotton imported in the FY 2019-20. Our exorbitant dependency on the cotton import now warrants a proper address in cotton production and sourcing,” said the State Minister.

He said he firmly believes that the fest will play a pivotal role in the facilitation of trade, development and production of cotton.

“It will create enough enthusiasm in the relevant sectors and stakeholders involved in the cotton value chain and foster greater engagements among themselves through networking and discussions,” he said.

More than 30 Indian companies participated at the fest.

“It will help to cast an impression on the visitors that India is ideally positioned to supply high quality cotton to Bangladesh at competitive prices, with lower costs of transportation and easier access to suppliers,” said the State Minister.