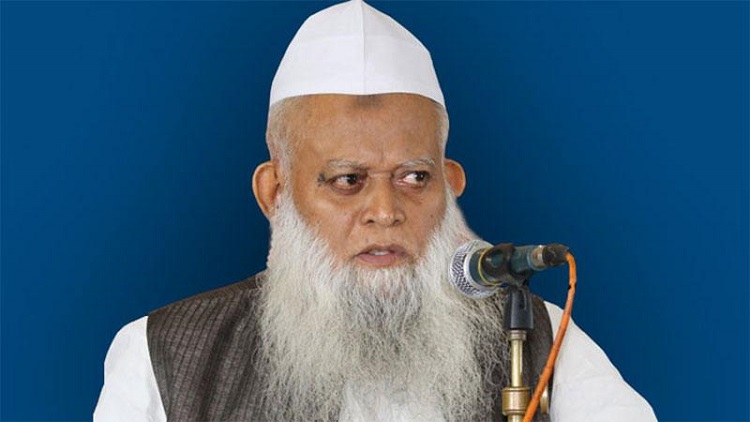 Nur Hossain Kasemi, secretary general of Hefazat-e-Islam Bangladesh, died at a hospital in the capital.

He breathed his last at the Intensive Care Unit (ICU) of United Hospital this noon while undergoing treatment.
Press Secretary Mufti Munir Ahmed of Qasemi confirmed the matter to media.

The Hefezat leader was admitted to the hospital with breathing difficulty on 1 December.

Later on Friday, he was put on life support at the ICU of the hospital as his condition deteriorated further.