8 to walk gallows for raping, killing minor girl in Ctg 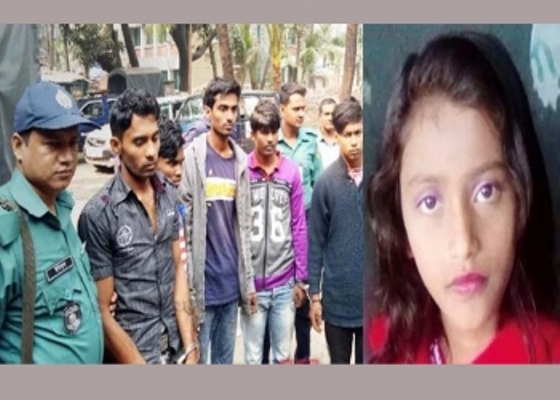 A Chattogram court has sentenced eight persons to death for killing minor girl Fatema Akter Mim, a second grader of a local madrasa, after raping her in the port city in 2018.

Judge of Speedy Trial Tribunal-4 in Chattogram handed down the verdict on Monday morning.
Police said that convicts violated Mim and killed her later over a feud between Mim’s mother and one accused Bijoy’s mother over money.

Mim, a student of Fatematuzzohra Hifzul Quran Madrsah, went missing from in front of her house four hours before her body was found on the second floor of a six-storey building in Akbar Shah’s ‘Bishwa Bank Colony’ area on January 21.

The victim’s mother filed a case with Akbar Shah Police Station on the following day.