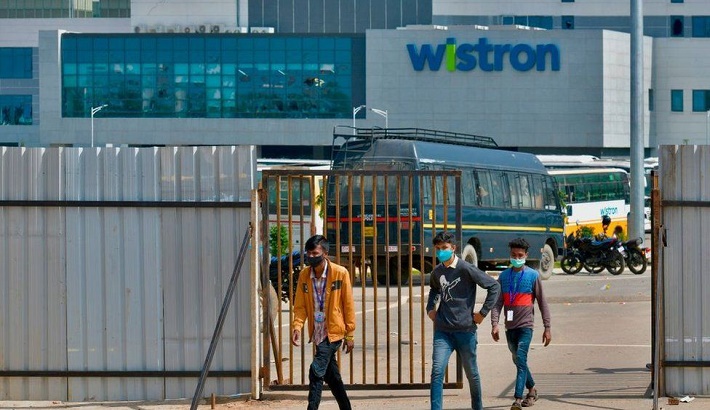 Indian police have arrested more than 100 workers who went on a rampage over claims of unpaid wages at a Taiwanese-run iPhone factory near Bangalore.

Footage on social media showed smashed CCTV cameras and glass panels, broken lights and a car set on fire at Wistron Infocomm’s manufacturing facility.
The workers claim that they have not been fully paid for four months and are being forced to do extra shifts. It said it would resume operations as soon as possible.

Hundreds went on a rampage, ransacking the offices of senior executives, destroying furniture, assembly units and smashing glass panels and doors with rods.

The factory employs about 15,000 workers, according to local media, with most contracted via recruitment firms, BBC reported.