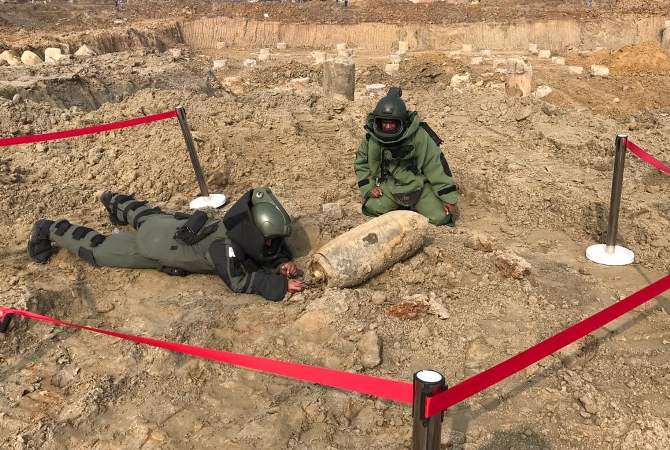 Another bomb weighing 250-kilogramme was found buried at the construction site of the third terminal of the Hazrat Shahjalal International Airport in the capital on Monday.

Workers found the cylinder-like bomb when they were excavating for construction work of the third terminal around 9:00am, Group Captain AHM Touhid-ul Ahsan, director of the airport.
As soon as the matter came to their notice, the authorities informed the bomb disposal unit of Bangladesh Air Force.

The bomb disposal unit of the Air Force’s Bangabandhu Base rushed to the spot and defused the bomb, said Inter Service Public Relations (ISPR).

Later, the bomb was taken to Rasulpur Firing Range in Paharkanchanpur with the necessary precautions to destroy it in a safe place, the ISPR added.

Bomb experts believe the bomb was dropped sometime during the Liberation War in 1971, it said.

Earlier, on December 9, another cylinder-like bomb of same weight was discovered at the construction site of the third terminal.