Man kills himself at court failing to reunite with wife, son 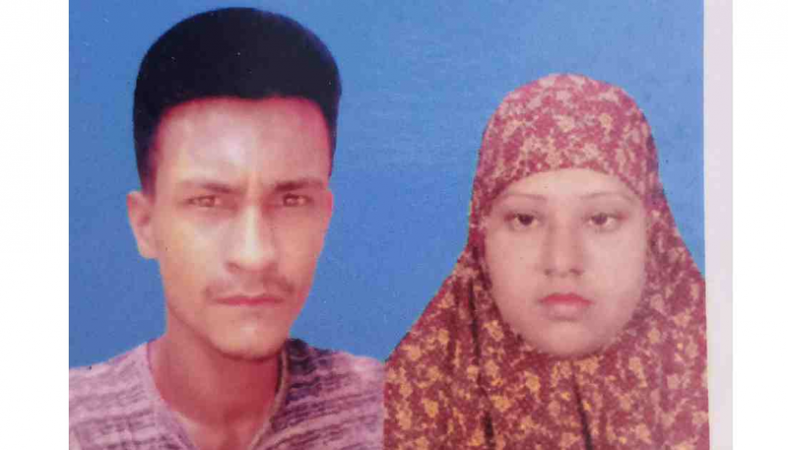 Habiganj Correspondent : A 32-year-old Hafizur Rahman stabbed himself to death at the court premises, failing to get his wife and eight-month-old son back.
The incident took place at the Habiganj Judicial Magistrate’s Court on Monday following an order.

Hafizur’s wife Bushra Begum, mother-in-law, and sister-in-laws appeared before the court with the couple’s child Arfin, in a case filed by him, according to sources.

Bushra told the court that she wanted to be with her mother instead of Hafizur. So, Judicial Magistrate Afia Amin Pappa allowed Bushra to go with her mother.

But Hafizur could not accept the order and broke down. He wanted to hold Arfin in his arms after getting out of the courtroom, but Bushra refused.

Failing to pull himself together, Hafizur then shouted out loud that he would die if he did not get to hold his boy on his arms again.

As Bushra did not care about his feelings, he pulled out a knife and kept stabbing himself in the chest.

Hafizur was declared dead when he was taken to Habiganj Adhunik Sadar Hospital in a critical condition.

As Bushra quickly left the scene, she could not be reached for comments.

Hafizur got married to 27-year-old Bushra in 2018. On September 23, Bushra went to her parents’ house with the couple’s eight-month-old son Arfin.

And on October 15, Hafizur filed a case with the judicial magistrate’s court as his wife did not return home.

Hafizur said in the case statement that his mother-in-law and sister-in-laws persuaded him to stay with them permanently. “As he disagreed with them, Bushra and Arfin were separated from him.”