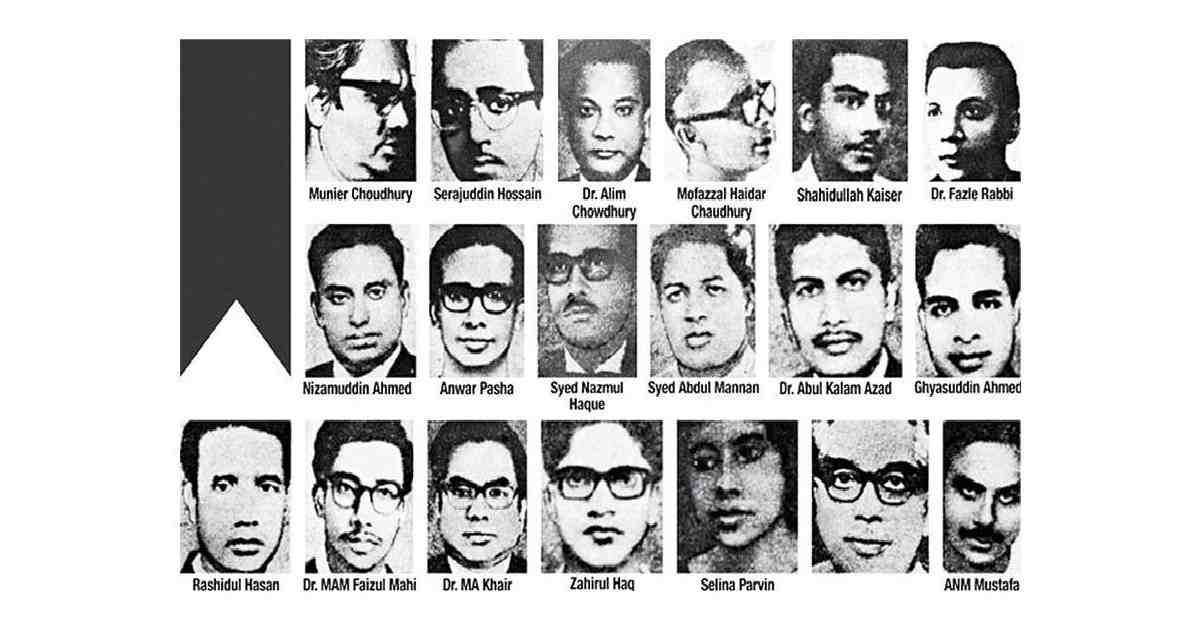 The nation is observing the Martyred Intellectuals Day to commemorate those intellectuals killed systematically by the Pakistan occupation forces and their local collaborators at the fag-end of the country’s Liberation War in 1971.

On this day in 1971, country’s renowned academicians, doctors, engineers, journalists, artists, teachers and other eminent personalities were dragged out of their homes, blindfolded and taken to unknown places and then brutally tortured and killed.

Their bodies were later dumped at Rayerbazar, Mirpur and some other killing fields in the capital.

Sensing an imminent defeat, the Pakistani forces and local collaborators like Al-Badr, Al-Shams and Razakar forces committed the cold-blooded mass murder to annihilate the country’s intelligentsia and cripple the emerging Bangladesh intellectually.

The government has chalked out elaborate programmes to commemorate the December 14 tragedy.

Family members of the martyred and freedom fighters placed wreaths at Martyred Intellectuals Memorial and people from all walks of life are paying tributes by placing wreaths at the memorial in Mirpur and Rayerbazar killing grounds.

Besides, different socio-cultural and political organisations have taken various programmes that include seminars, discussions on the occasion.

Bangladesh Television and private television channels are airing special programmes highlighting the significance of the day.