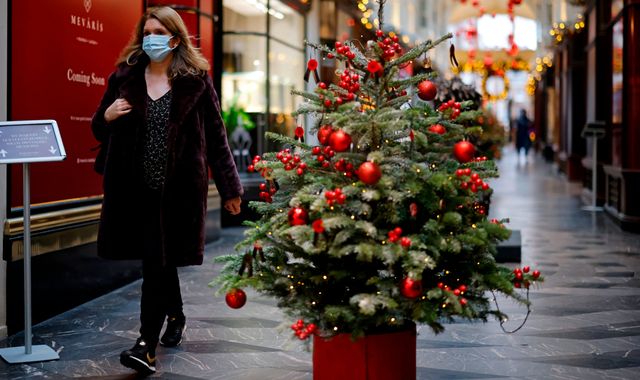 A further 232 people have died within 28 days of a positive Covid-19 test, while an additional 20,263 people tested positive for the virus on Wednesday.

The latest data from the Department of Health confirmed the UK coronavirus death toll has risen to 64,402.

Separate figures published by the UK’s statistics agencies show that more than 78,000 deaths involving coronavirus have now occurred in the UK. 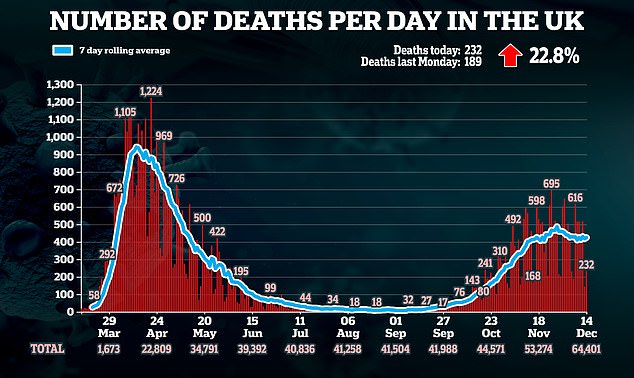 A further 179 people who tested positive for coronavirus have died in hospital in England, bringing the total number of confirmed deaths reported in hospitals to 44,464, NHS England said on Monday.

Patients were aged between 40 and 99. All except four, aged between 74 and 92, had known underlying health conditions.

The deaths were between December 5 to December 13.

Seven other deaths were reported with no positive Covid-19 test result.

There have been a further 1,228 cases of coronavirus in Wales, taking the total number of confirmed cases to 101,953.

Public Health Wales reported another 33 deaths, taking the total in Wales since the start of the pandemic to 2,882.

The latest figures here come as hospitals in Wales are almost full due to a surge in the number of patients with coronavirus, the director of the Welsh NHS Confederation has said.

Darren Hughes warned that more hospitals around the country could soon suspend non-urgent care after two health boards said they were doing so in response to a large increase in cases. 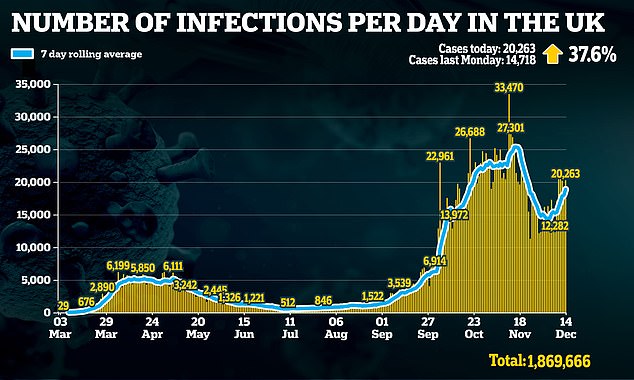 There have been zero deaths in Scotland, while a further 734 people have tested positive for coronavirus in Scotland on Monday.

The number of people hospitalised with the virus has risen to 1,012, with 46 of those being treated in intensive care.

Five more people who tested positive for coronavirus in Northern Ireland have died in the last 24-hour reporting period, according to the Department of Health.

It brings the official death toll, as recorded by the department, to 1,129 – however, that figure is expected to rise significantly when deaths in all community settings have been accounted for.

The latest figures also show there have been 419 new cases, out of 1,980 individuals tested.

In the last seven days, there have been 3,273 positive cases, with numbers highest in the Mid and East Antrim area (434).

There are currently 429 people with Covid-19 being treated in hospitals across Northern Ireland – 31 of them in intensive care and 24 on ventilators.