Decision on sculptures after talks with alem-ulema: Minister 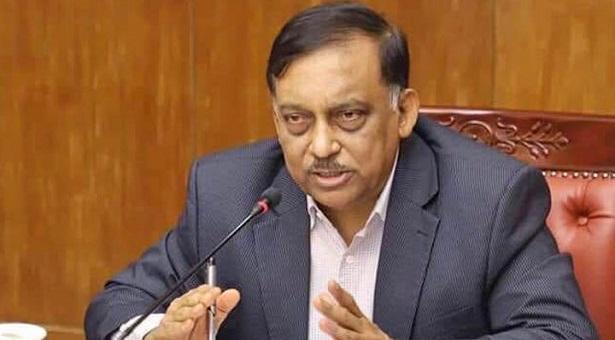 Mentioning that alem-ulema have proposed constructing a Mujib Minar at Dholaipar in the capital, Home Minister Asaduzzaman Khan Tuesday said it will be decided through discussions whether there will be sculptures or not.

He made the remarks while talking to reporters following a meeting with top alem of Qawmi madrasas on Monday night.

The minister said there were fruitful discussions at the meeting. “I think a congenial atmosphere has been created. They agreed with us so that no one resorts to vandalism or breaks the law. The alem society will work unitedly so that no anarchy is created through Facebook or any another means.”

He said they urged the government to be alert to propaganda on Facebook, saying they would not wage any movement. “They want to materialise their five demands through discussions.”

Asaduzzaman said talks on the demands will continue. “We won’t hurt the religious sentiments. The government doesn’t believe in subservient policy. We won’t do anything beyond the constitution.”

He also said a proposal will be sent to Prime Minister Sheikh Hasina over a meeting with alem-ulema. “The prime minister will discuss the issue in details and then a decision will be taken in this regard.”

The minister sat in the meeting with top alem of Qawmi madrasas on Monday night.

State Minister for Religious Affairs Faridul Haque Khan was present at the meeting.