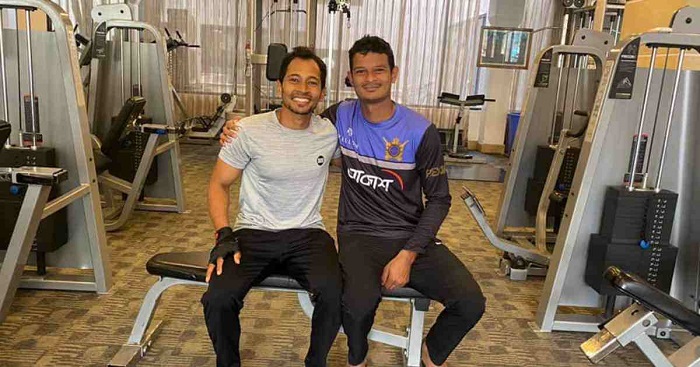 Bangladesh former captain and the skipper of Beximco Dhaka in the Bangabandhu T20 Cup, Mushfiqur Rahim, has sought public apology for his unexpected behaviour with one of his teammates.

During the 17th over of the Eliminator game of the event between Dhaka and Fortune Barishal, Mushfiqur threatened Nasum Ahmed to throw the ball.

The wicketkeeper-batsman thought he would have missed the catch as Nasum also came close to take the catch.

Mushfqiur failed to show an appropriate sporting gesture to Nasum during the incident. This has prompted widespread criticism of Mushfiqur. Many brought the mistakes to the fore, what Mushfiqur has made throughout the year.

“Assalamualaikum to all, first of all officially I would like to apologize to all of my fans and spectators regarding the incident that happened yesterday during the match. I have already apologized after the game to my fellow teammate Nasum,” Mushfiqur wrote on his social media handle this morning.

“Secondly, I seek forgiveness from the Almighty. I always remember I am a human being above all, and the gesture that I have shown was not acceptable at all. I promise it won’t be repeated on the ground or outside the ground,” he added.

Mushfiqur-led Dhaka marched to the Qualifier 2 of this event beating Barsishal by nine runs. They now have to face Gazi Group Chattogram who lost to Gemcon Khulna in the Qualifier 1. The Qualifier 2 will take place on December 15 at 4:30pm (Bangladesh time).

How to Find a Data Bedroom in Philippines