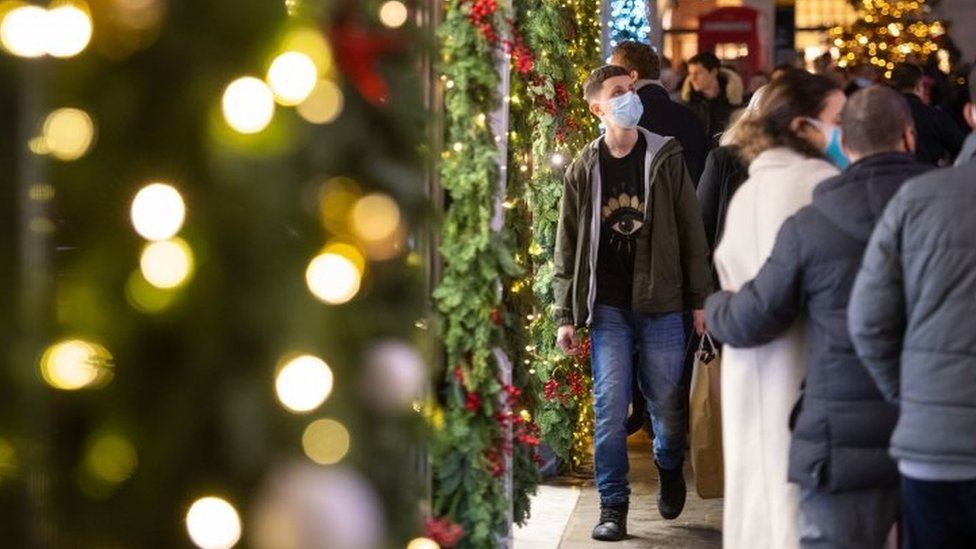 The leaders of all four UK nations will discuss plans for Christmas this afternoon after Downing Street said a relaxation of coronavirus restrictions is being kept “under constant review”.

Boris Johnson’s spokesperson said it remains the government’s “intention” to allow up to three households to mix for five days over the Christmas period, but would not give a cut off point for when people can be confident that the arrangements will stay in place.

“As we have done throughout the pandemic we keep all advice under constant review.”
Cabinet Office Minister Michael Gove has discussed the Christmas coronavirus rules with the leaders of the devolved administrations.

A Welsh Government source said: “The leaders of the devolved administrations and Michael Gove met this evening to discuss the arrangements over the Christmas period. They will reconvene tomorrow to confirm the position.”

It comes after both Wales and Scotland refused to rule out abandoning the Christmas plan.

Scientists, medical professionals and politicians have been urging the government to reconsider its plan amid rising Covid-19 cases, with Sir Keir Starmer the latest.

The Labour leader demanded an urgent review of the relaxation of Covid rules over Christmas in a letter to the prime minister.

In a clip he said the “only responsible thing” for the government to do “is to look again at the Christmas restrictions and see whether they need to be toughened up”.
In his letter, Sir Keir added: “I understand that people want to spend time with their families after this awful year, but the situation has clearly taken a turn for the worse since the decision about Christmas was taken.

“It serves no-one for politicians to ignore this fact.

“It is my view that you should now convene Cobra in the next 24 hours to review whether the current relaxation is appropriate given the rising number of cases.”

Sir Keir said the PM would have his “full support” if he did decide to scrap the plan for relaxations at Christmas.
Earlier the British Medical Journal (BMJ) and the Health Service Journal (HSJ) said plans to ease rules at Christmas should be abandoned in order to bring down Covid-19 numbers ahead of a “likely third wave”

They urged the government should “reverse its rash decision to allow household mixing and instead extend the tiers over the five-day Christmas period in order to bring numbers down”.

In their joint editorial, they added: “We are publishing it because we believe the government is about to blunder into another major error that will cost many lives.”

The PM’s spokesperson said the plan – which had been agreed by all four UK nations – was being implemented because the government wanted to “give families and friends the option to meet up”.

“It is up to people to remain cautious and vigilant throughout the period,” he added.
He said people should “try to keep numbers down and don’t do things that are unnecessary” to avoid behaviours that would spread coronavirus over the festive period.

He added: “It is imperative that people remain cautious and vigilant throughout the Christmas period.”

Northern Ireland’s Chief Scientific Adviser Professor Ian Young urged anyone who was planning to take advantage of the relaxations on household gatherings over Christmas to stop socialising now.

“What I’d be saying to anybody who is planning to bubble, particularly if you’re going to be seeing an elderly or vulnerable relative, for the next 10 days you should be seeing nobody else,” he said.