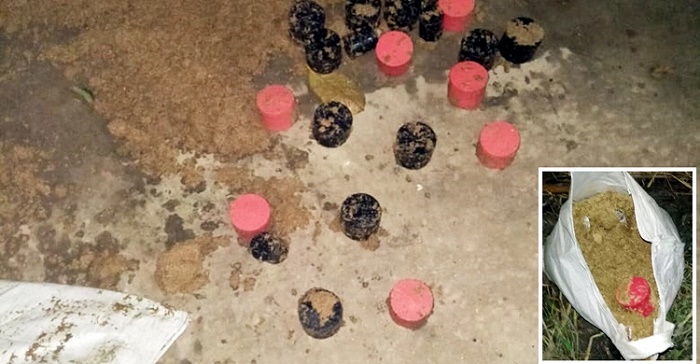 According to police sources, Suruj Mia, son of Moslem Uddin, hailing from the area, spotted a packet in the paddy field in front of their house of Betalpara area and informed the police.
Upon receiving the news, the police recovered the packet and found 21 bombs wrapped in red and black tape inside it.