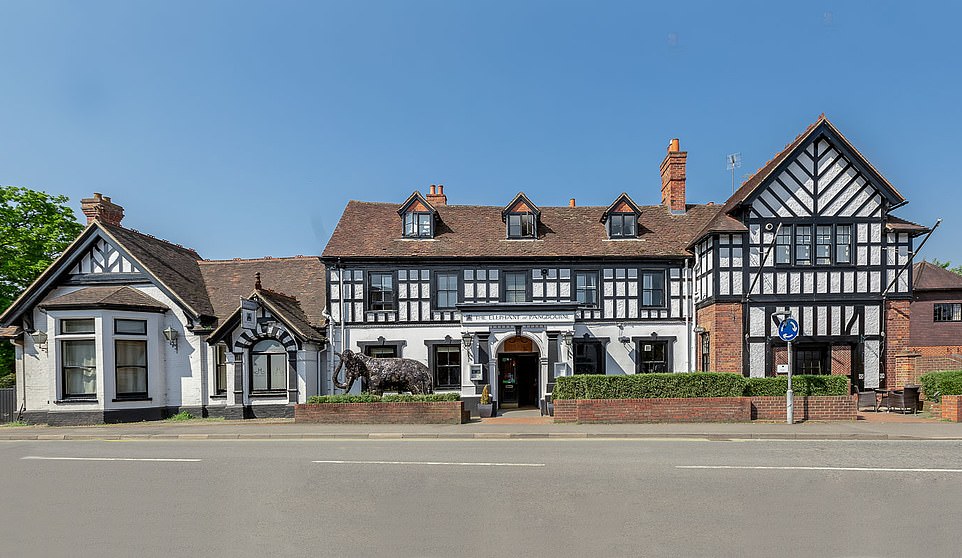 The Herd restaurant in Pangbourne is having to cancel all 80 bookings from now over Christmas until January 1 at an estimated cost of £12,000

That’s a rise of 10,222 infections on the previous day; however, Thursday’s numbers also include a backlog of around 11,000 cases that hadn’t been reported earlier due to a technical delay in Wales.

Maintenance work was carried out on Public Health Wales’ computer systems at the end of last week, meaning the daily infection count missed official figures between 9 and 15 December.

The 532 deaths recorded in the latest 24-hour period marks a fall of 80 from the 612 deaths reported on Wednesday. 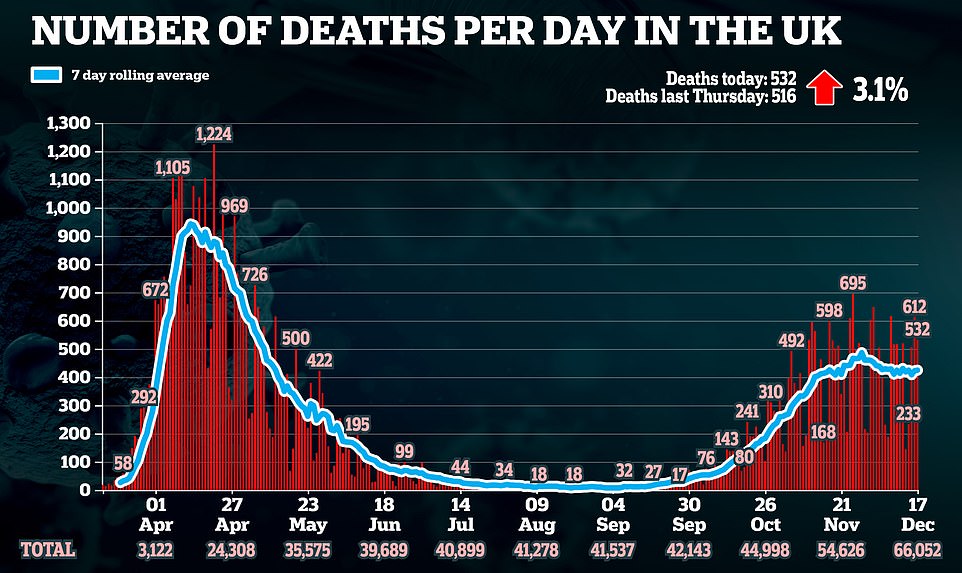 With just over a week to go until Christmas Day, infections have continued to rise in many parts of the UK.

Two-thirds of England’s population are now under the toughest Tier 3 measures, with large swathes of the South East being moved into Tier 3 on Saturday.

Meanwhile, Wales has reduced the number of households allowed to meet at Christmas to two.
People across the UK are being urged to keep their festive gatherings to a minimum this year to avoid spreading coronavirus between loved ones. 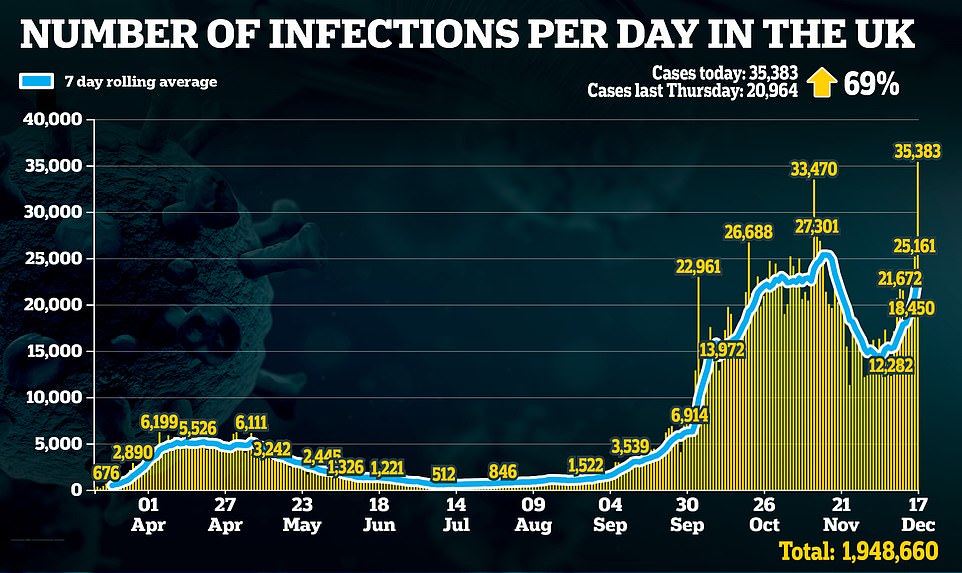 COVID-19 updates from the UK and around the world

The latest numbers also come amid reports of several health trusts being forced to divert routine procedures elsewhere due to high numbers of COVID-19 patients.

Barts Health NHS Trust, which serves around 2.5 million people in east London, said the deferrals were being made due to “high pressure” on its winter plan, while Mid and South Essex NHS Trust said it was also postponing some non-urgent operations.

In parts of South Wales, all non-urgent surgery, outpatient clinics and specialist nurse services are on hold.