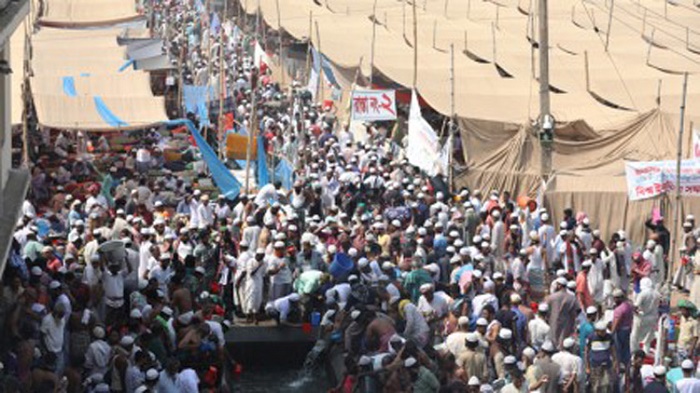 A two-day Jor (preparatory) Ijtema, a congregation of Muslims, began on the bank of the Turag River in Tongi of Gazipur after Fajar prayers on Friday.

Under the supervision of Shura-i-Nezam, the followers of Imam of Kakrail Jame Mosque and the top scholar of Tabligh Jamaat Hafez Maulana Jobayer Ahmed took part in the Jore Ijtema.
The Jor Ijtema is being held ahead of the two-phase Biswa Ijtema, the world 2nd largest congregation of Muslims which is scheduled to be held from 8-10 January and 15-17 January 2021 at the same venue.

At the end of the two-day Jor Ijtema, the participants will spread around to invite devotees to join the main Ijtema.