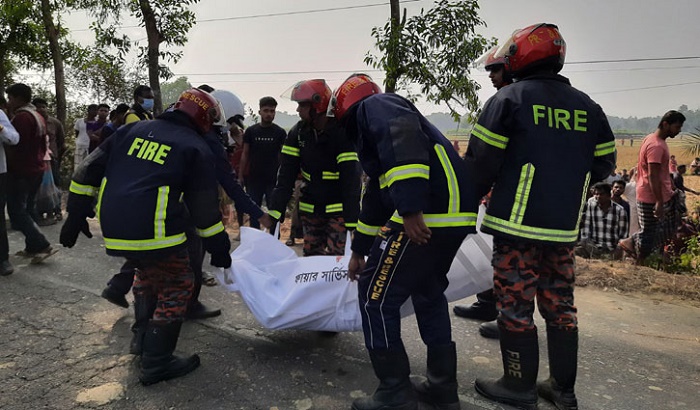 Two people were killed and three others were injured in a three-way auto-rickshaw, human hauler, and pick-up van collision at Kalimnagar of Shaistaganj in Habiganj on Friday morning.

The identities of the deceased and injured could not be known yet.
Confirming the news, Ajay Chandra Deb, officer-in-charge (OC) of Shaistaganj police station, said that the accident took place at 11:00 am, adding that the bodies were recovered from the spot and the injured were taken to Habiganj Sadar Adhunik Hospital.

Police are making effort to identity the deceased.