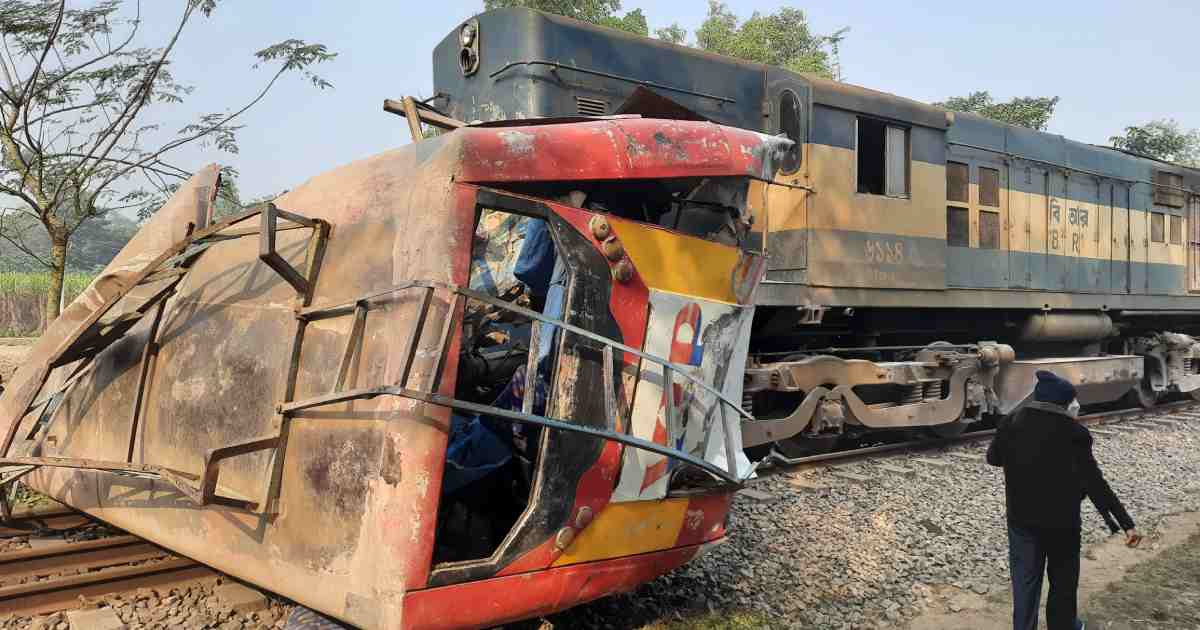 At least 12 people were killed as a train crashed into a bus on Purana Poil level-crossing in Joypurhat sadar upazila early Saturday.

Police could not yet identify the deceased.

Salam Kabir, superintendent of Joypurhat Police, said the accident occurred around 6:50 am when the Rajshahi-bound ‘Uttara Express’ train from Parbatipur hit the Hili-bound bus at the unmanned level-crossing, leaving 10 people dead on the spot and seven others injured.

Five of the injured were taken to Bogura General Hospital where two more died later.

A relief train from Parbatipur is conducting the salvage operation. 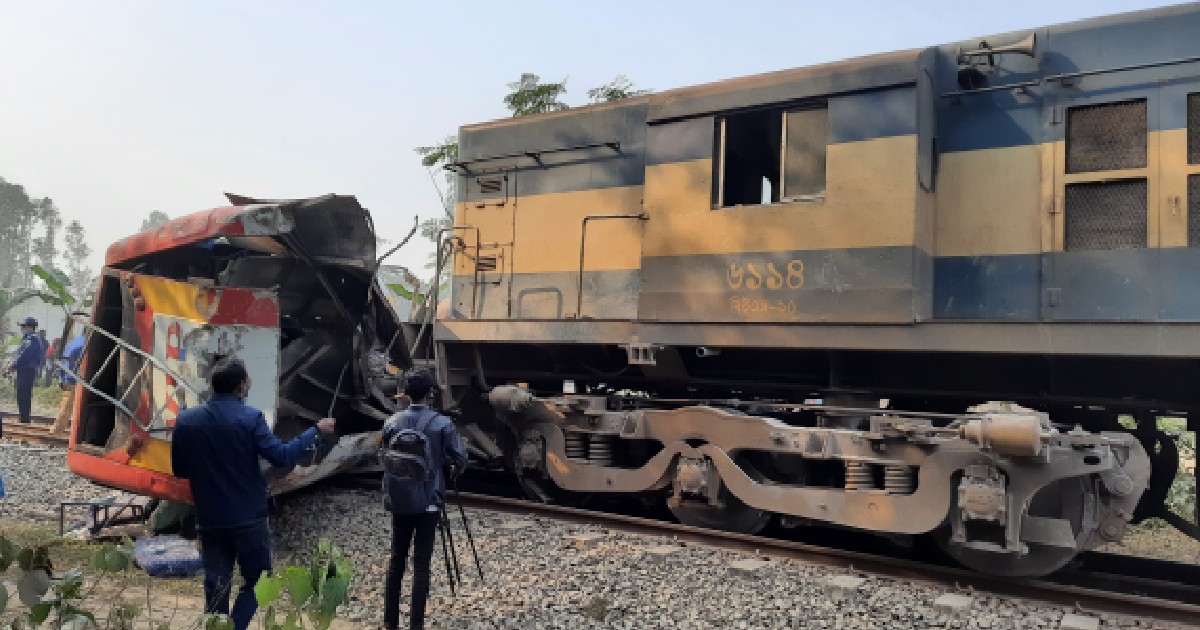 Meanwhile, two gatemen—Rahman and Nayan—who were supposed to be there on duty, went into hiding after the accident.

Two probe bodies were formed to look into the accident.

The committees have been asked to submit their reports within three working days.

Train accidents in Bangladesh happen frequently, many at unmanned level-crossings, and also because of the poor condition of tracks. 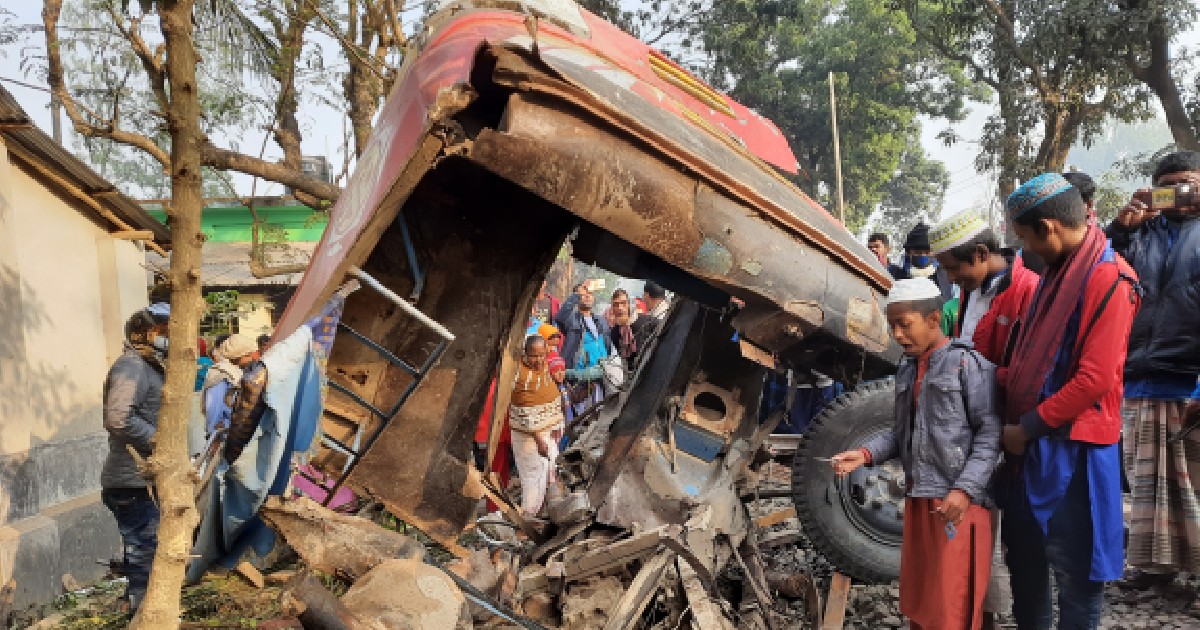 According to data provided by Bangladesh Railway in August last year, only 466 gates among its 1,412 level-crossings have gatekeepers.

The train crash left at least 16 people dead and over 100 others injured.

At least 113 people, including 26 women and 11 children, were killed in railway accidents between January 1 and June 30 this year, says a July report – jointly prepared by Green Club of Bangladesh (GCB) and National Committee to Protect Shipping, Roads and Railways (NCPSRR).