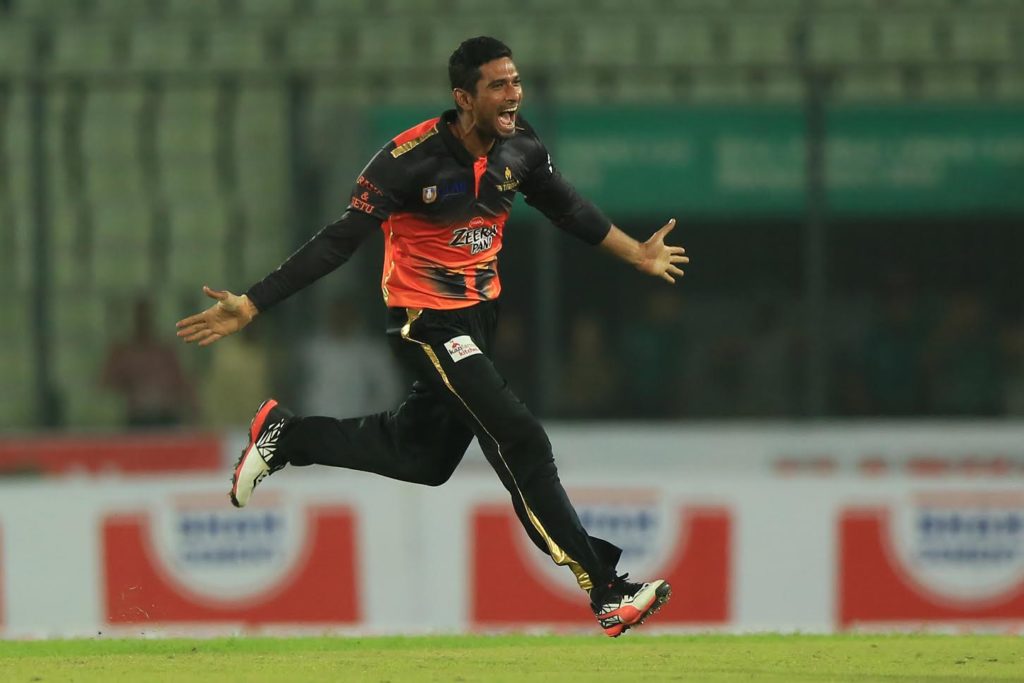 Bangladesh Twenty20 skipper Mahmudullah Riyad grabbed the chance of winning both of the country’s first domestic tournaments in the pandemic era as captain as he helped Gemcon Khulna clinch the Bangabandhu Twenty20 Cup.

Khulna beat Gazi Group Chattogram by five runs in the final on the back of a captain’s knock by Mahmudullah and lifted the title of Bangabandhu Twenty20 Cup at the Sher-e-Bangla National Stadium on Friday.
Sent to bat, Gemcon Khulna managed to amass a modest 155 runs for the loss of seven wickets where Mahmudullah scored the lion’s share of the runs, an unbeaten 70 off 48 balls, which proved to be enough at the end as Chattogram were restricted to 150-6 in 20 overs.

The all-rounder, earlier, led Mahmudullah XI to the title of the BCB President’s Cup, a three-team fifty-over tournament in October.

Both the tournaments are part of the Bangladesh Cricket Board’s plan of bringing cricket back in the country after the lengthy COVID-19 induced break.

Mahmudullah chose these new tournaments as a platform to showcase his captaincy capabilities after being overlooked by BCB for the one-day international captaincy position earlier this year that went vacant following the resignation of Mashrafee Mortaza from the post.

Mahmudullah was one of the leading candidates to take over the role but the board ignored him and opted for Tamim Iqbal, who is yet to show his potential as a leader considering his team failed to play the final of the BCB President’s Cup and got knocked out in the eliminator in the Bangabandhu Twenty20 Cup.

“I can’t ask for more anything more,” Mahmudullah said after lifting the trophy adding that he is pleased with the way his team performed as a unit.
“We should credit the bowlers and batsmen along with the fielders for giving their all and as a result, we have achieved our goal,” he said.

“We lost some wickets in the beginning and we needed to form a partnership as we had to score at least 140-150 runs because the wicket was very good,” he said.

“Losing quick wickets is always difficult for batsmen and if that is the case in final it will be difficult chasing runs,” he said.

Mahmudullah said that he is happy to contribute with the willow while added that he is grateful to Mashrafe Mortaza as his experience helped him a lot in making a decision.

“In the first few matches, I could not bat the way I wanted but I did not give up and I am glad I was able to contribute,” he said.

“Special thanks to my team and especially to Mash (Mashrafe) as he helped me a lot with his experience that made easy for me when it came to decision making,” he said.

Mahmudullah has previously led his side to the final of Bangladesh Premier League twice, Chittagong Kings in 2013 and Barisal Bulls in 2015, but on both occasions, his side ended up as runners-up.