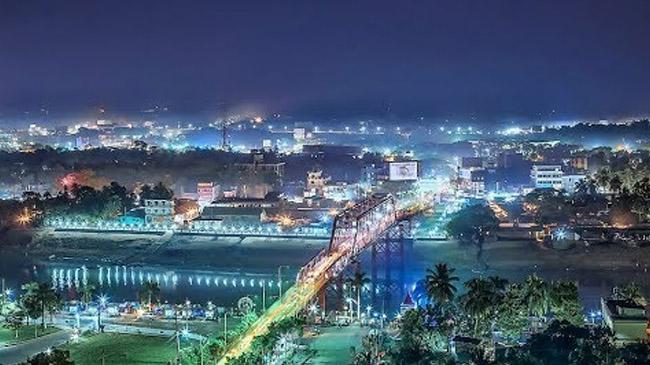 Sylhet residents have been facing a power outage for 12 hours again as the Kumargaon grid substation went through emergency repairs and maintenance work.

The authorities announced that customers would experience a seven-hour power outage on Saturday, but the power supply was restored after 12 hours.

Due to the outage, the entire Sylhet City Corporation (CSIC) and two upazilas experienced a blackout. The cellular network has also been disrupted.

According to the Bangladesh Power Development Board (BPDB), Saturday’s delay was due to an accident during repairs and renovations. One person was seriously injured in the accident, according to BPDB.

The power supply will take some time to return to normal.

Earlier, a media statement said power supply to two upazilas and the Sylhet City Corporation area would be cut off for seven hours on Saturday for emergency repairs and maintenance work.

However, power supply had not been restored even after 5 more hours. As a result, ordinary people are in a difficult situation.

Khandaker Mokammel Hossain, chief engineer of BPDB Sylhet, said in the evening that power supply could not be started within the announced time due to an accident during repair and renovation work. However, power supply would be normal within an hour, he said.

Power supply in Sylhet has not been normal even a month after the fire incident at the power plant in Kumargaon.

On November 17, a fire broke out at the Kumargaon 150MW power station. Following the incident power supply became normal after about 56 hours.

Since the fire incident, load shedding has been taking place in different places of Sylhet.

Seeking anonymity, a source in the power department said efforts were being made to normalize the power supply situation in phases.

2020-12-19
Mr. Admin
Previous: Oxford vaccine may be approved before New Year
Next: PM Modi Accepts Britain’s Invitation to be Part of G7 Summit 2021