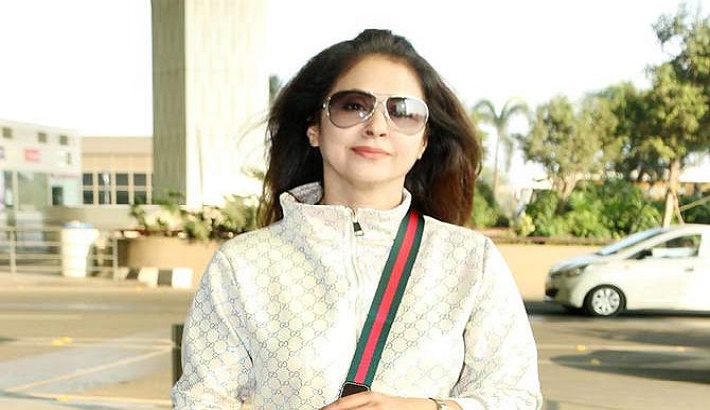 But she has revealed that her Wikipedia page was edited too, her husband Mohsin Akhtar was trolled on social media, and they both had to face a lot of online hate and abuse.
Speaking to Barkha Dutt, she stated about her husband, “He was called a terrorist, a Pakistani. I mean, there is a limit to where it should go… They have even infiltrated my Wikipedia page and they have gone and put my mother’s name as Rukhsana Ahmed and my father’s name as Shivinder Singh, two human beings who must be living somewhere in India but I don’t know of. My father’s name is Shrikant Matondkar and my mother’s name is Sunita Matondkar.”

She added, “To top it all, my husband is not only a Muslim but a Kashmiri Muslim. We both follow our religions in an equally staunch way. That gave them a bigger platform to troll me and constantly target him and his family. It was very unfortunate.”

Urmila Matondkar, who unsuccessfully contested the 2019 Lok Sabha elections on a Congress ticket, joined the Shiv Sena earlier this month.

Matondkar, 46, quit the Congress in September 2019, nearly five months after she was defeated by BJP’s Gopal Shetty from North Mumbai Lok Sabha seat.

She joined the Shiv Sena in the presence of party president and Maharashtra Chief Minister Uddhav Thackeray at his residence ‘Matoshri’ in Mumbai’s Bandra area.