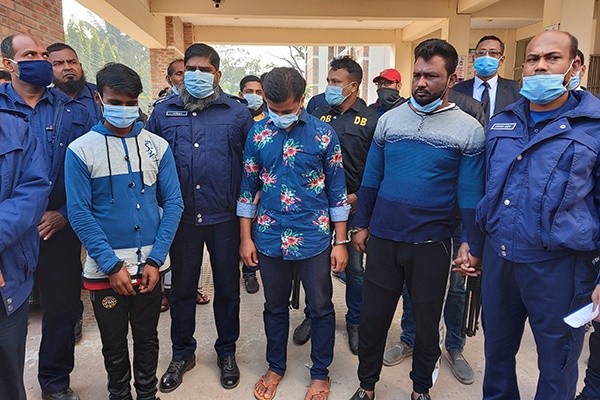 A Kushtia court on Monday placed three people, including a local Jubo League leader, on a three-day remand each in a case filed for vandalising a statue of revolutionary leader during the British Raj, Bagha Jatin, on the campus premises of Kaya College in Kushtia’s Kumarkhali upazila.

Police primarily believe the personal feud between Anis and the college principal and its managing board led to the vandalism of the sculpture.