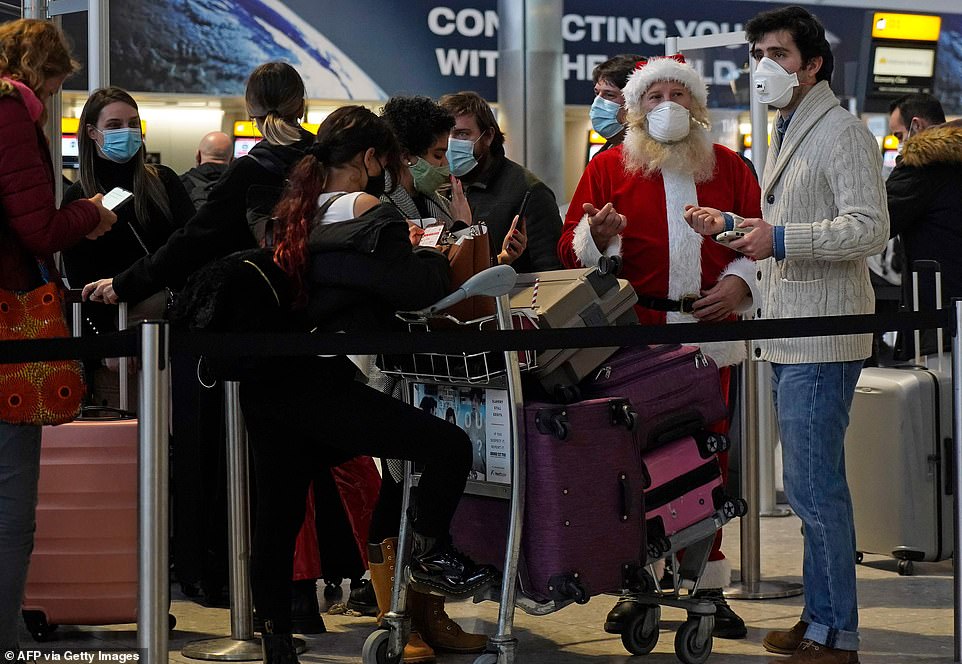 Travellers, one dressed in a Father Christmas outfit and all wearing face coverings, queue with their luggage in the departures hall at Terminal 2 of Heathrow Airport in west London

The UK has recorded more than 33,000 new cases of Covid-19 as cases continue to soar across the country in South East England and Wales.

Some 33,364 new cases of coronavirus were confirmed on Monday as the world began to isolate the UK due to the new more infectious strain of the disease taking hold in the south of England.

The UK also recorded a further 215 deaths from Covid-19. 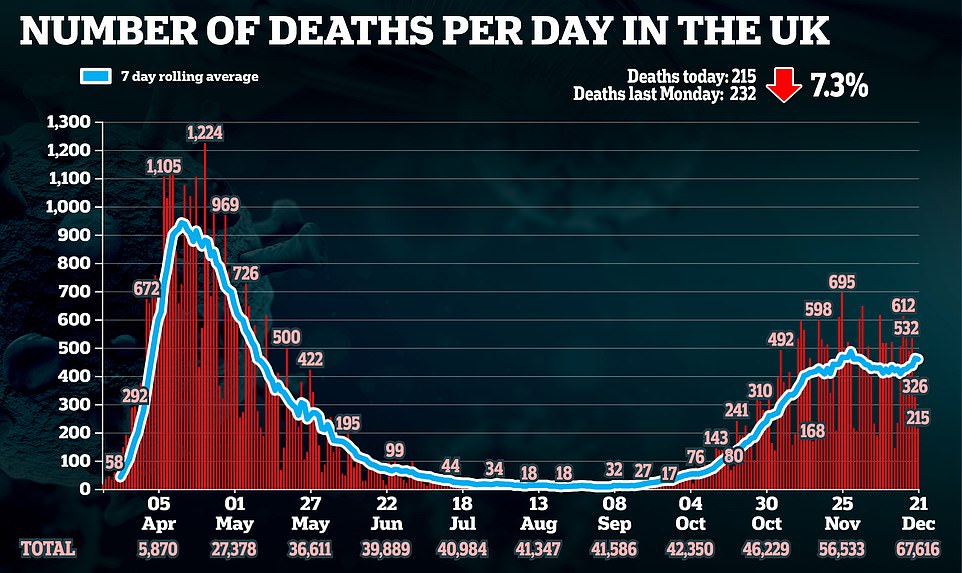 The government’s chief scientific advisor Sir Patrick Vallance warned earlier it was likely more areas could follow London and the South East into Tier 4 as the new variant spreads across the country.

He said: “It’s likely that measures will need to be increased in some places in due course and not reduced.”

He added the new variant has “to be taken incredibly seriously.”

Some 28,472 of the new coronavirus cases were confirmed in England, there were also 198 new deaths. 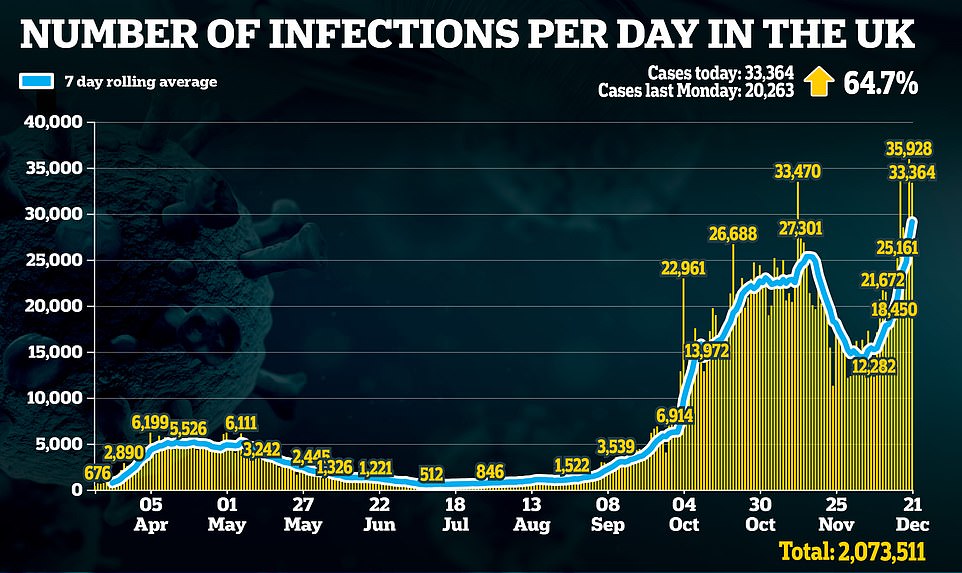 There have been a further 2,563 cases of coronavirus in Wales, taking the total number of confirmed cases to 125,329.

Public Health Wales reported another 10 deaths, taking the total in Wales since the start of the pandemic to 3,125.

There were 1,504 new cases of coronavirus confirmed in Scotland on Monday but no new deaths.