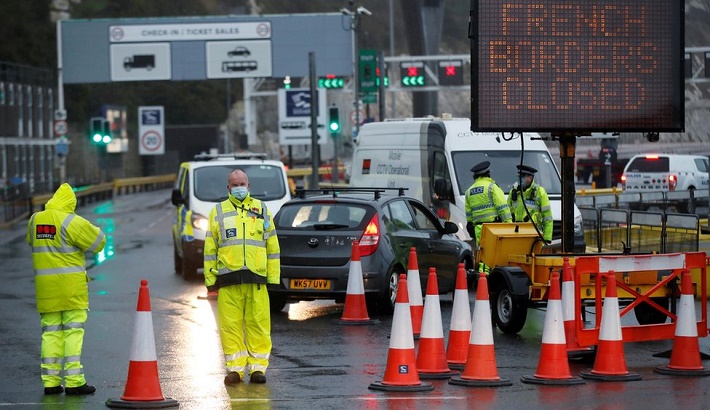 More than 40 countries have banned UK arrivals because of concerns about the spread of a new variant of coronavirus.

Flights from the UK are being suspended to countries across the world including Spain, India and Hong Kong.
France shut its border with the UK for 48 hours, meaning no lorries or ferries can leave from the port of Dover.

Boris Johnson said he spoke with French President Emmanuel Macron and both sides wanted to resolve “these problems as fast as possible”.

The prime minister told a Downing Street press conference: “We had a very good call and we both understand each other’s positions.”

It came as the Northern Ireland Executive met on Monday night to consider whether to impose a travel ban between NI and England, Scotland and Wales.

Some of the bans are already in force while others are to begin on Tuesday.
Eurotunnel services to France are also suspended and Eurostar trains to Belgium are not operating, BBC reported.