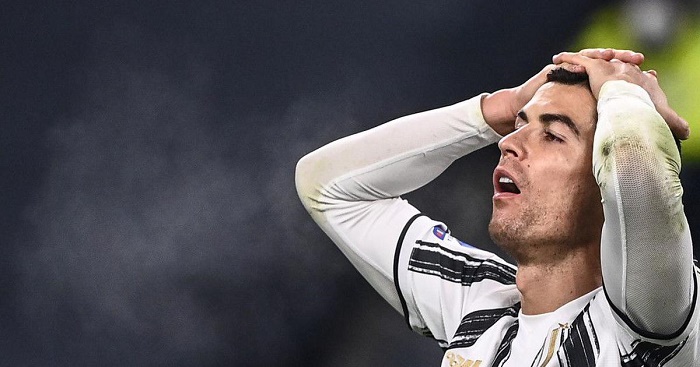 Ten-man Juventus crashed to their first Serie A defeat of the season 3-0 at home against Fiorentina on Tuesday in a nightmare final game before Christmas.

The defeat came hours after the champions learned they must play the match against Napoli which was cancelled on October 4 after Napoli decided not to travel to Turin because of coronavirus cases.
On Tuesday, Napoli won their appeal to the Italian Olympic Committee (CONI) after being handed a 3-0 defeat and a one-point deduction.

As a result Juventus, who had started the day with 27 points, finished it with 24.

Juventus are fourth, tied on points with Napoli and Roma, and seven points behind leaders AC Milan, who play Lazio on Wednesday.

“It’s not a problem for us to play the Napoli game, but it seems unfair on the other teams who travelled, and perhaps lost points, with absences due to Covid,” said Juventus coach Andrea Pirlo.

“I’m more sorry for them than for us.

“What happened in the afternoon, however, must not be an excuse for the defeat. We started with the wrong attitude.
“When you start like this then you get into trouble, which we did.

“Unfortunately, before Christmas it happens that your head is on holidays, we shouldn’t have allowed this.”

The champions got off to a terrible start in their Allianz Stadium with Fiorentina’s Franck Ribery setting up Dusan Vlahovic for the opener after just three minutes.

The Serb shook off Matthijs de Ligt to slot in past an out-rushing Wojciech Szczesny for his third goal in as many games.

Juventus played most of the match a man down after Juan Cuadrado was sent off on 17 minutes for a reckless sliding tackle on Gaetano Castrovilli. The referee’s yellow card turned to red after a VAR viewing.

Not even Cristiano Ronaldo could make the difference for the hosts. The Portuguese missed chances in the first half and a header on target after the break was ruled offside.

“Cuadrado’s sending off is clear, there could be other episodes for us but I don’t want to comment, everyone sees them,” added Pirlo.

Fiorentina doubled the lead after 76 minutes with the ball bouncing off Juventus defender Alex Sandro and into the goal. Martine Caceres turned in a Cristiano Biraghi cross from close range five minutes later.

Fiorentina’s second win of the season, and first since October 25, moved the Tuscany side up to 15th position.

“I asked the team for courage and we succeeded,” said coach Cesare Prandelli after his first win since taking over last month.

“We decided this was the time to take a risk. It’s an extraordinary win, now we need to work on our consistency.”

Earlier Brazilian Junior Messias scored a brace to move promoted Crotone off the bottom of the table with a 2-1 win over Parma.