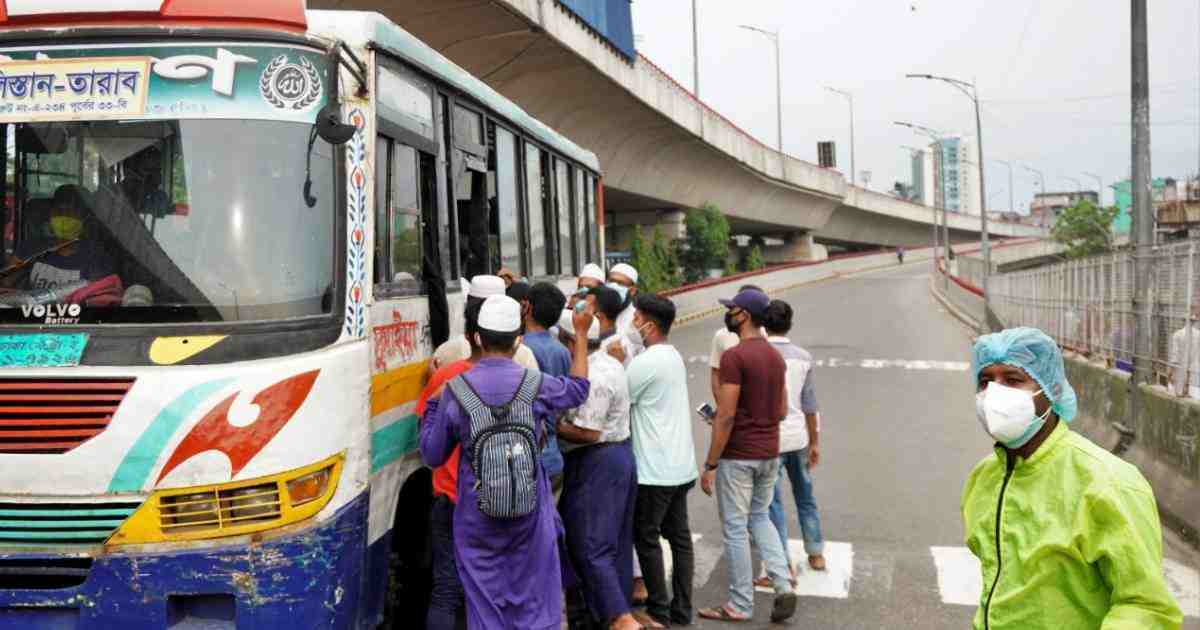 The residents of capital Dhaka are expected to get a better disciplined transport system next year as buses will be brought under a franchise system by rationalising the existing routes restricting inter-district buses from entering the city.
Four sites on the outskirts of the capital have been selected primarily for establishing inter-district bus terminals.

“We want to bring the whole public transport system under discipline and working to this end,” said DSCC Mayor Taposh, adding that 10 spots were selected at the last meeting and the list has been cut short.

“After Batulia, we’ll visit Hemayetpur in Savar, Teghoria and Kanchpur in Kamrangirchar and will take the final decision at the next meeting of the Bus Route Rationalisation Committee in January next,” the mayor added.

After the meeting, recommendations will be sent to the Ministry, he said adding, “Our main target is to reduce the pressure of transports in the capital.”

Noting that inter-district public transport does not enter the main city from outside in other countries of the world, DSCC Mayor Taposh said, “We see that there’re bus terminals in the city, such as Mohakhali, Saidabad, Gabtali, but inter-district buses use those and there is no terminal for city buses.”

“City buses are parked on busy roads everywhere causing traffic jams and creating a chaotic situation. Our activities are going on so that we can come up with a specific outline within the next year,” he added.

Besides, Md Atiqul Islam who also visited the spot, said buses from other districts will not be allowed to enter the capital under the bus route franchise plan as only city buses will operate within the capital.

More than 160 buses are currently operating under 29 owners from Dhaka’s Ghatarchar to Motijheel, he said, adding, “We’ve decided to bring all of them under a company and planned to bring Ghatarchar-Motijheel bus route (under franchise system) by April next.”

On September 10, the government formed a 10-member committee with DSCC Mayor Sayeed Khokon as its convener as part of its plan to operate bus services under a company and bus route rationalisation.

The plan is aimed at restoring discipline in Dhaka’s public transport sector and reducing traffic jams.

They said almost all the existing 8,000 public buses in the city are completely unfit for running in a capital city like Dhaka and those should be replaced with high quality and standard and comfortable ones working out a comprehensive phase-out plan like the one that replaced thousands of two-stroke auto-rickshaws with CNG-run ones in 2003.

Prof Nazrul Islam said the buses in the capital must have acceptable standards. “The existing bus services in Dhaka are far below the minimum standard. We must ensure quality and comfortable and passenger-friendly bus services to reduce people’s dependence on private vehicles.”

As Dhaka is a densely populated city, the urban expert thinks, double-decker buses are very effective here to solve the transport crisis and ensure the optimum use of the existing roads.

Besides, Nazrul said, the government must bring the buses under five-six franchises by rationalising the existing routes as soon as possible. “The bus management system will improve once the vehicles come under limited franchises.”

Citing a government survey, Iqbal Habib said, around 6,900 buses were there in Dhaka city in 2017. “Most of these buses are not suitable to run in the city. Only around 2,600 buses can be overhauled and upgraded while the rest are quite unfit for the capital city. It’s government survey finding, not my opinion.”